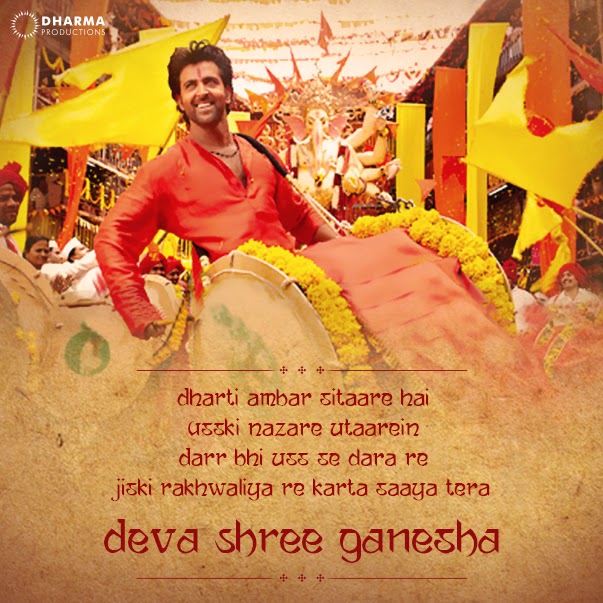 He is the remover of obstacles and the provider of strength, he is the ‘Sukhakarta’ and the ‘Dukhaharta’. We all know his power and have heard tales of his marvels, he is feared by all, but beyond that he is loved by all and worshipped with due respect.
Ganesh Chaturthi has always been a special occasion for all Indians and is celebrated with much respect, enthusiasm and devotion. And Vijay Dinanath Chauhan is no exception to this. Vijay was feared by many, yet he prayed to seek blessings of Ganpati bappa to put an end to his evil enemies. He celebrated the occasion with complete faith and enthusiasm with the entire ‘mohalla’ and his dear ones Kali and Shiksha.

Yes, it was Vijay’s devotion that made him triumph in the end! So let’s seek the blessings of Deva Shree Ganesha, here- http://bit.ly/DevaShreeGaneshaFullSong
Posted by Dharma Productions at 19:22