SRK does it again!!! 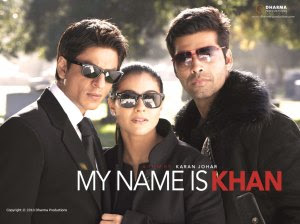 BEIJING: Weeks before Chinese premier Wen Jiabao flies into New Delhi to strengthen relations with India, an Indian movie star is making his way into Chinese hearts. Audiences in a dozen Chinese cities are crowding to cinema halls showing Shahrukh Khan-starrer 'My Name is Khan'.

The movie has been shown in movie halls of more than a dozen Chinese cities including Beijing, Shanghai, Shenzhen, Guangzhou and Dalian since its launch on November 30. This is the first time in more than a decade that the State Administration of Radio, Film and Television, the Chinese censors, has approved an Indian movie for showing in cinema houses.

Some observers have suggested that the movie's political content discussing the image of Muslims in the United States could be a reason why the censors allowed the film to be showed. An article in www.m1905.com, a site with close links with the official CCTV6 television channel said the film demonstrates the bias and unfair treatment of Muslims in the United States since the 9/11 incident.

"We are touched by the hero's simplicity and perseverance," a review in the official site, sina.com said. This is among the dozens of Chinese newspapers and Internet sites focused on the movie industry have sung praises for the movie, which is being described as the "Indian Forrest Gump".

The film showing coincided with a four-day art and film festival organized by the Indian embassy and the Chinese government in Beijing, which ended Monday.

"Chinese audiences were very excited about the Indian movies that were shown during the festival. We have received requests for more showing of Indian films by a lot of people," Ma Zhen Xuan, chief executive officer of GDB Bridge Art Center, said.

Indian movies are mostly distributed in China though video sharing websites and DVDs, many of which are pirated ones. The censors, who allow only a handful of foreign movies for showing every year, hardly ever allow Asian films to be shown. This is why the decision on 'My Name is Khan' is expected to result in more Indian movies to be permitted in future.

Source: Times of India
Posted by Dharma Productions at 13:16 4 comments:

Enrapturing audiences all around the world, our films have raked in success for the company and its associates.

Dharma Productions Pvt. Limited was established by Late Shri Yash Johar in 1976 to produce high quality celluliod entertainment that would strive to be accepted and appreciated by audiences across the world. Set up back then under the banner of Dharma Productions Pvt. Ltd., the company soon became a buzzword for stellar productions with releases such as 'Dostana', 'Duniya', 'Muqaddar Ka Faisla', 'Agneepath' and 'Gumrah'.

From then on Yash Johar formed a proprietory concern under the name of Dharma Productions in 1997.

What followed next was cinematic history from Dharma Productions. 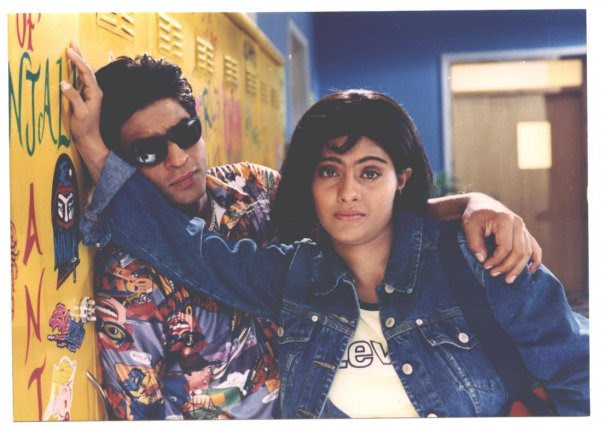 1998 saw the release of Dharma Productions 'Kuch Kuch Hota Hai' ('Heartbeats'), the directorial debut of Karan Johar (son of Mr. Yash Johar) that featured the most loved on-screen couple of contemporary Indian cinema, Shah Rukh Khan and Kajol. This massive production turned into a huge box office blockbuster and became the first Indian feature film to figure in the UK Top 10 (Empire, December 1998), featuring in sold out shows at the Odeon Marble Arch and at The Empire - Leicester Square in the West End of London.

'Kuch Kuch Hota Hai' not only broke box-office records but also accumulated a number of National and International awards. Hailed for its superlative performances and excellent craftsmanship 'Kuch Kuch Hota Hai' is acclaimed for its unparalleled standards in Presentation and Production Mounting even today. Its landmark recognition has been the Indian National Award for Best Popular Film Providing Wholesome Entertainment, a signature achievement for the mission and hallmark of Dharma Productions.

All of these landmark achievements set up a huge expectancy and anticipation for the next movie from Dharma Productions, and Karan Johar did not fail to deliver. 2001 saw the release of 'Kabhi Khushi Kabhie Gham', ('Laughter and Sadness'), which was scripted and directed by Karan Johar and featured a line-up of Indian megastars across generations. This movie lit up the silver screen with its casting coup of industry stalwarts Amitabh Bachchan and Jaya Bachchan, contemporary megastars Shah Rukh Khan and Kajol, and current heartthrobs Hrithik Roshan and Kareena Kapoor. 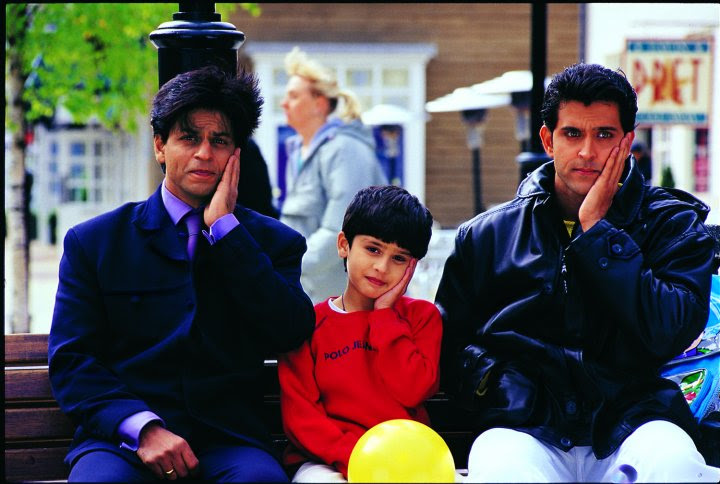 'Kabhi Khushi Kabhie Gham' represented everything that was ever expected of a Dharma Productions movie in terms of its grandeur, exquisiteness, and touching storyline that won millions of hearts across the world. The movie established new box-office benchmarks, featured in both the US and UK Top Ten Listings, and went on to win awards at a host of National and International Film Festivals.

Heart-warming storylines… Stellar megastar casts… Record box-office collections… These are what make up our celluloid dreams at Dharma Productions.

Posted by Dharma Productions at 19:21 8 comments: