Biography – at a glimpse!

The name requires no introduction... His achievements speak for himself! - Karan Johar.

Born 25 May 1972 in Mumbai, as a child, Karan Johar was influenced by commercial Indian cinema and he cites Raj Kapoor, Yash Chopra and Sooraj R. Barjatya as his inspirations. Karan Johar entered the film industry as an actor, portraying Raj's close friend in ‘Dilwale Dulhania Le Jayenge’. He was also assistant director on this film and helped director Aditya Chopra in writing the screenplay for this film. This is how Shahrukh and Karan’s friendship began and since then both have stayed by each other’s side!

Karan Johar made his directorial debut with Kuch Kuch Hota Hai in 1998. The film was well received by critics and audience loved it. And today, there are several movies in his basket which makes him one of the Best Directors in the industry! Not only on big-screen but he also made his mark in the Television industry with Koffee with Karan! It became a popular show in no time.

Today Karan has taken his father’s (Yash Johar) Production Company – Dharma Production to a whole new level and will continue to spread his magic in Bollywood through his Darma films :) 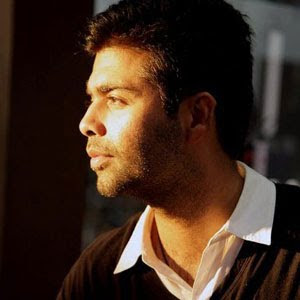 Posted by Dharma Productions at 18:56