‘Student Of The Year’ heading towards its next scheduled destination Simla.

Karan Johar tweeted about his experience during the shoot of ‘Student Of The Year’ in Dehradun and said that the shooting schedule in the town was over. Now the team of ‘Student Of The Year’ is heading towards Simla, which is their next scheduled destination. He concluded by stating – “nothing ventured, nothing gained”! This in simple word means, it is necessary to take risks in order to achieve something in life.

Karan Johar’s ‘Student of the Year’ is coming out in summer of 2012 and has been in news since it was first announced. Starring Aliya Bhatt, Siddharth Malhotra and Varun Dhawan, this is for the first time Karan Johar is making a film with a new star cast and it can’t get any better than this! 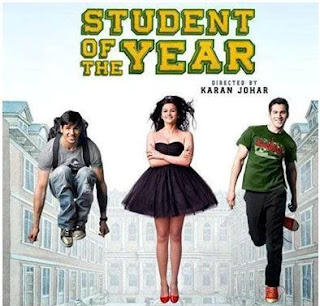 Karan Johar’s Tweet: “Last day in dehradun...now enroute to simla...its been an exhausting shoot!!! But nothing ventured nothing gained...I suppose!!”

Posted by Dharma Productions at 19:10