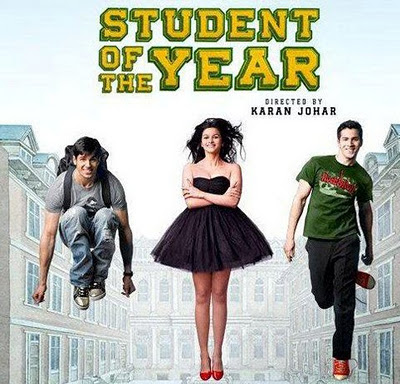 The upcoming Dharma productions project, ‘Student Of The Year’ has been making news ever since it was first thought of. Now that the movie is on full fledge of its shoot, director Karan Johar just cannot get enough of praising the cast and crew of the movie.

Karan Johar tweeted that the shooting of ‘Student Of The Year’ is on a high pace in Dehradun. They have really early mornings with foggy evenings, but everything is great because of a great cast and crew.
The movie stars Aliya Bhatt, Siddharth Malhotra, Varun Dhawan and Rishi Kapoor. It is scheduled to release in summer, 2012.

Karan Johar’s Tweet: “Been shooting at a hectic pace in Dehradun… early mornings… foggy evenings!!! But alls good because of an outstanding cast and crew!!!”

Posted by Dharma Productions at 20:30