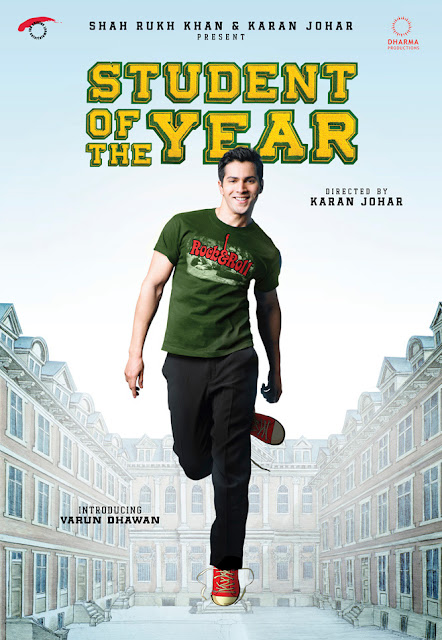 After Papa Mahesh Bhatt giving his views about his daughter Alia Bhatt’s big release with Dharma productions, big daddy David Dhawan too had some proud moments to share after watching his son Varun Dhawan. Varun gave his first shot for the movie ‘Student of the Year’, starting with a big song with Alia Bhatt and Siddharth Malhotra.
Just like Mahesh Bhatt even David Dhawan feels proud of his son, who got a chance to launch himself with a huge banner like ‘Dharma Productions’. He wants his son to learn on his own and prefers not to interfere in his matters. He prefers to let him deal them by his own which will let him grow in the industry.
Looks like the trend in Bollywood is changing, with power house parents letting their star children learn and succeed from scratch. Welcome to Bollywood Alia, Varun and Siddharth!! :)
Posted by Dharma Productions at 16:45