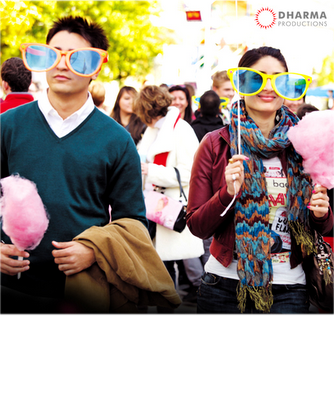 ‘Ek Main Aur Ekk Tu’, which was previously known as ‘Short Term Shaadi’, has been in the news for quite a while now. Audiences have been quite excited to see the first look of this Imran Khan and Kareena Kapoor starring movie, and with the release of the first look of the film at midnight yesterday, the bar of expectations has been raised even further.
Kareena and Imran both look suave and stylish, and feel of the film is an upbeat, witty romantic comedy, which will release coming Valentine’s Day of February 10, 2012. This is the first time Imran and Kareena are paired opposite each other, and their on-screen chemistry is surely going to be a treat to watch. The story has a feel-good theme to it and is based on a slice-of-life situation about the two lead characters of the movie. Imran has expressed his desire in the past to work with Bebo more than once, he even mentioned that Kareena is not just flawless, but is also bestowed with amazing ethereal quality.

Shakun Batra, who is making his debut as a director with Dharma Productions, is directing ‘Ek Main Aur Ekk Tu’. This film will definitely be on the lookout by audiences for more exciting new updates and releases.
Posted by Dharma Productions at 19:52