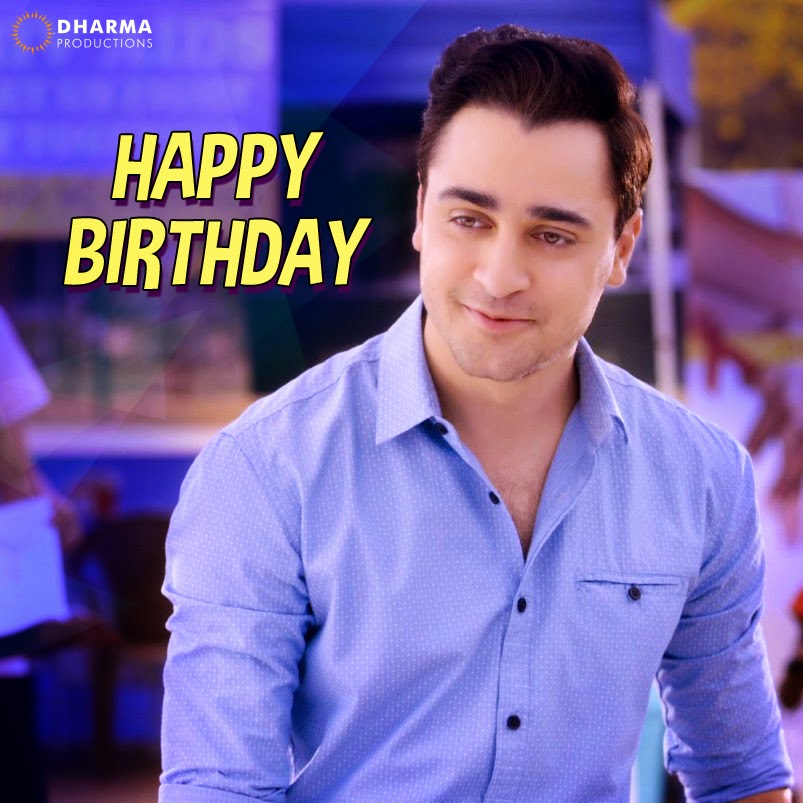 The puppy-eyed actor of Bollywood turns 32 today! Known for his eclectic choice of coming-of-age roles, Imran has emerged as one of the self-made actors in Bollywood. Imran is one of those few actors who started his acting career at a very young age.

Since 2008, Imran has worked in 15 films with interesting on-screen appearances and his character as Jay Dhingra in ‘I Hate Luv Storys’ was much appreciated where he was seen as the casanova who detests the idea of love and yet can’t stop himself from falling in love with his co-star in the movie, Simran (Sonam Kapoor).

Once again in ‘Ek Main Aur Ek Tu’ and ‘Gori tere Pyaar Mein’, Imran is seen in challenging roles as Rahul kapoor and Sriram Venkat with a flair that only he could have. This actor with the lover-boy image is known to play the charming ladies’ man in romantic movies and in time, has proved that he deserves being listed as the top actors of his age.

Nominated several times for Screen and Stardust awards, Imran believes in modesty and hardwork and has worked his way through to the fame charts. Here’s from the Dharma team – a very happy birthday to Imran Khan! We wish abundance of success and health to the “I hate chalta hai attitude” star.
Posted by Dharma Productions at 18:45