The Diary Of A Wanderer 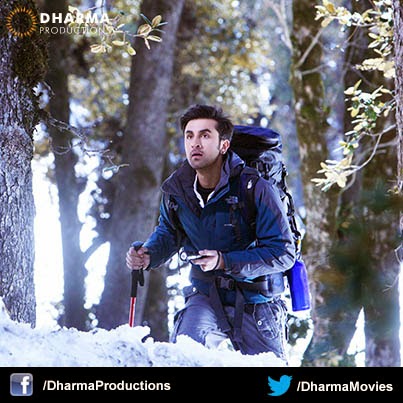 Being a traveler can be one of the most rewarding experiences in this world. It enables one to get out there and meet new people, experience different lifestyles and most importantly look at life from a whole different perspective. The world is a much bigger place than we think, and there is so much out there that is still unknown to the common man.

In ‘Yeh Jawaani Hai Deewani’, Bunny (Ranbir Kapoor) is one such traveler who doesn’t let anything get in the way of his wanderlust. During the course of the film, he tells Naina how important travel is to him, and that he does not plan to marry or settle down as that would only hold him back. His passion to discover the world nudged him on to follow his dreams, which ultimately landed him a job for a travel show. As the film progresses we see how he explores new lands, meets new people and experiences various cultures and traditions.

Now if you find yourself asking questions like – “I want to travel, I want to be like ‘Bunny’. But where do I start?” The answer is fairly simple. In an age where the internet has made the world a much smaller place, there are numerous ways by which one can become a traveler. You just need the enthusiasm to break all barriers and just pack your traveling bag!

So regardless if you’re a teen with energy levels off the chart, or a senior citizen gallivanting/ambling; the right time for travel is now! It’s never too early or late to try something new, so be a ‘Bunny’ (Kabir), pack those bags and hop-pity-hop away!

Posted by Dharma Productions at 15:52