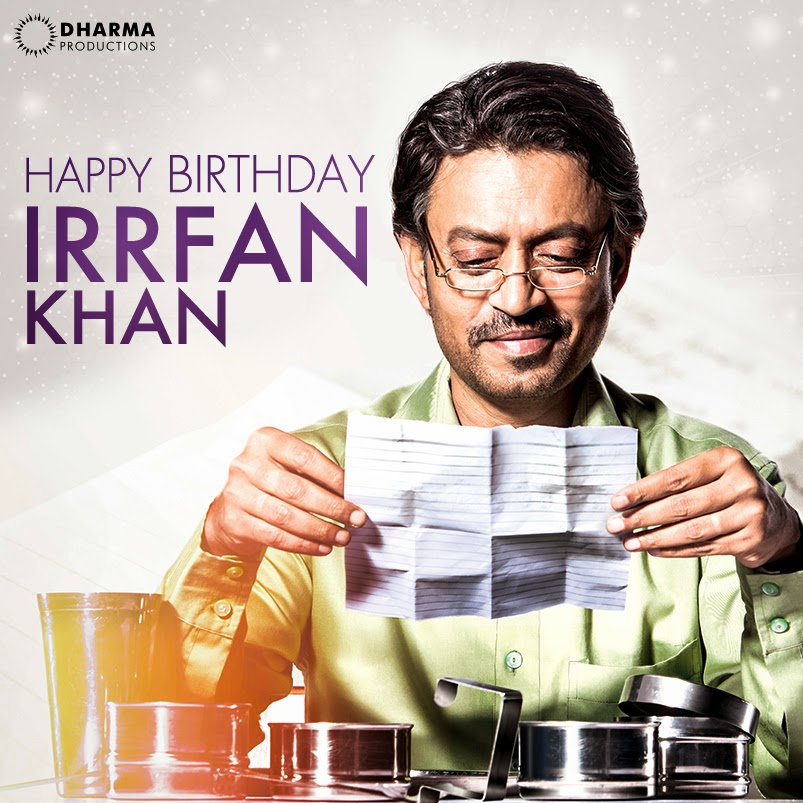 Born on Born on January 7, 1967, Irrfan Ali Khan is one of the finest Indian actors in Bollywood cinema. Through his distinguished career, Irrfan has done some remarkable work that has made the entire country proud.

A graduate of the National School of Drama, Irrfan served time in television and a few feature films before his big international breakthrough came in 2001. Irrfan wowed the crowds with his performance in ‘The Lunchbox’, and we are extremely proud to have worked with such a distinguished actor. Irrfan’s career in Indian cinema has received a good deal of positive critical appreciation. He won the National Award for Best Actor for his amazing performance in Ritesh Batra’s The Lunchbox. His subtle down to earth nature was best suited for the role of the protagonist of the film.

The film was screened on 19 May 2013 as a part of the International Critics' Week at the 2013 Cannes Film Festival, where it received a standing ovation and positive reviews and won the Critics Week Viewers Choice Award also known as Grand Rail d'Or.

It has been an eventful 47 years for Irrfan, with the promise of much more exciting work to come. The Dharma team would like to take this opportunity to wish Irrfan Khan a very Happy Birthday!
Posted by Dharma Productions at 15:43