Some of Kajol's funny moments while shooting for KKHH and K3G 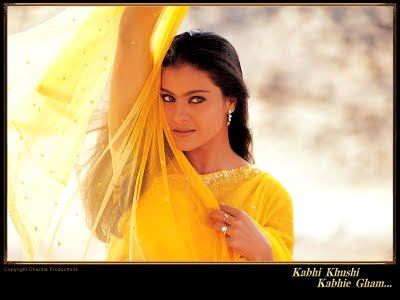 Kajol is one of the finest actresses of Indian cinema. She comes out with some brilliant on screen performances but there are some really cute and funny moments that are associated with her brilliant performances.
Her fighting scenes with Rahul in ‘Kuch Kuch Hota Hai’ to her ‘bade mazakiyaan ho’ dialogue from ‘Kabhi Khushi Kabhi Gham’, are one of the favorites for her fans.
Both the movies ‘Kuch Kuch Hota Hai’ and ‘Kabhi Khushi Kabhi Gham’ have Kajol displaying one of her best on screen performances. During the shoot of these movies she had some blooper moments which are still recollected by her and the film unit as some funny moments during the shoot.
In ‘Kuch Kuch Hota Hai’, while shooting for ‘Yeh ladka’ where they had to ride a cycle in one of the scenes, Kajol had a bad fall while riding a cycle for the song sequence. Later this became a topic of laughter for the entire team.
In ‘Kabhi Khushi Kabhi Gham’, Kajol had a bad fall while shooting for the scene where her son in the movie performed on the stage and she had to run towards the stage to hug him.
From both the stories it is evident that this actress adds charm and fun to the movies on screen and off screen!! :)
Posted by Dharma Productions at 19:13