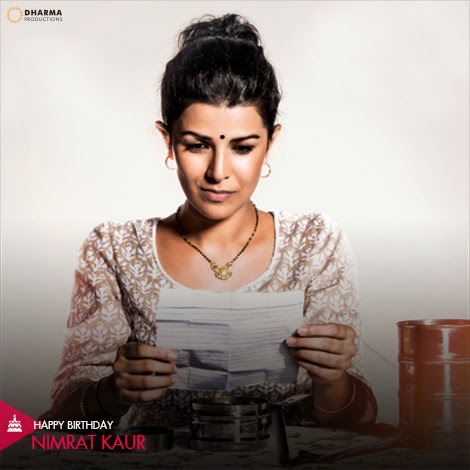 A very happy birthday to the young and charming Nimrat Kaur who turns 32 today. Known for her brilliant performance in Dharma Productions’ ‘Lunchbox’, Nimrat has slowly made it to stardom with her uncanny acting skills and a pleasing personality.

Having acted in a plethora of short films and TV advertisements, the actor believes ‘When there is so much to be thankful for, what’s there to complain about’?

The Delhi girl is everything a smart and talented actor should be, which is the reason why, she has both Indian and an equally impressive international fan following.