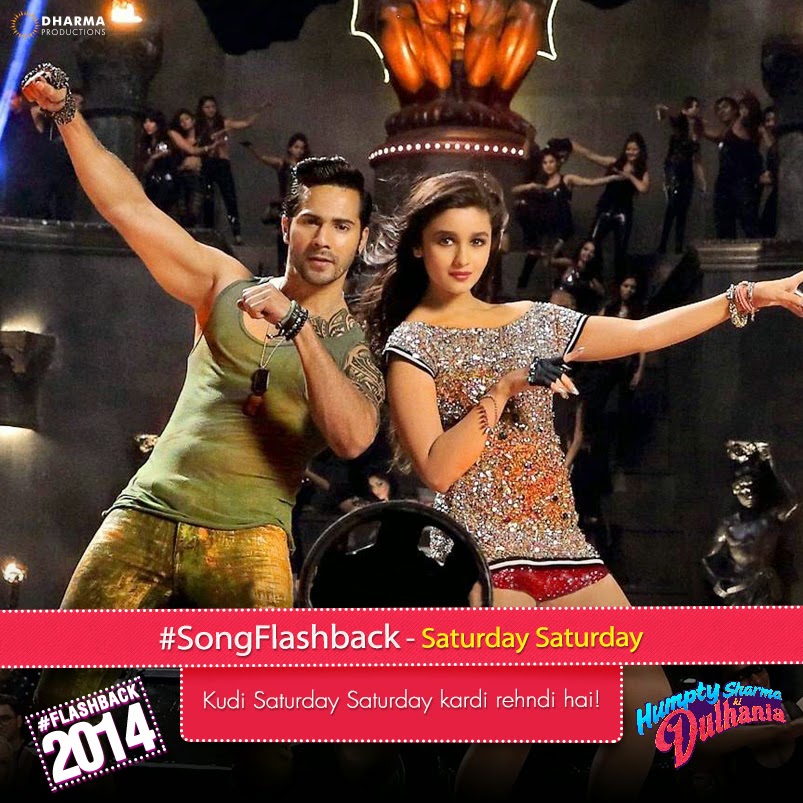 The year is coming to an end. But that’s when the party begins, isn't it? Time to put on your dancing shoes and hit the dance floor! This year was a bumper year for Dharma songs as many dance numbers from Dharma films were chartbusters and kept the party going all year round. There were other memorable songs too. So let’s #SongFlashback Dharma style!

Who can forget the biggest party anthem of the year? Saturday from Humpty Sharma Ki Dulhania. The song that caught on like a rage with party-holics and was a big hit at all the discotheques. Not only that, its catchy beat, and the repeat ‘Saturday’ hook has become a mantra for most young people. Saturday, sung by Indeep Bakshi, Badshah, Akriti Kakkar, music composed by Sharib-Toshi and pictured on the gorgeous Alia Bhatt and the super-cool Humpty – Varun Dhawan.

The other immensely popular song from HSKD is Samjhawan. The song sung by Alia Bhatt evoked the journey of love, pain, and longing and beautifully summed up all the emotions in a soulful rendition. Samjhawan is the perfect antidote for love and yet, it tells us that the remedy to love, is to love more! 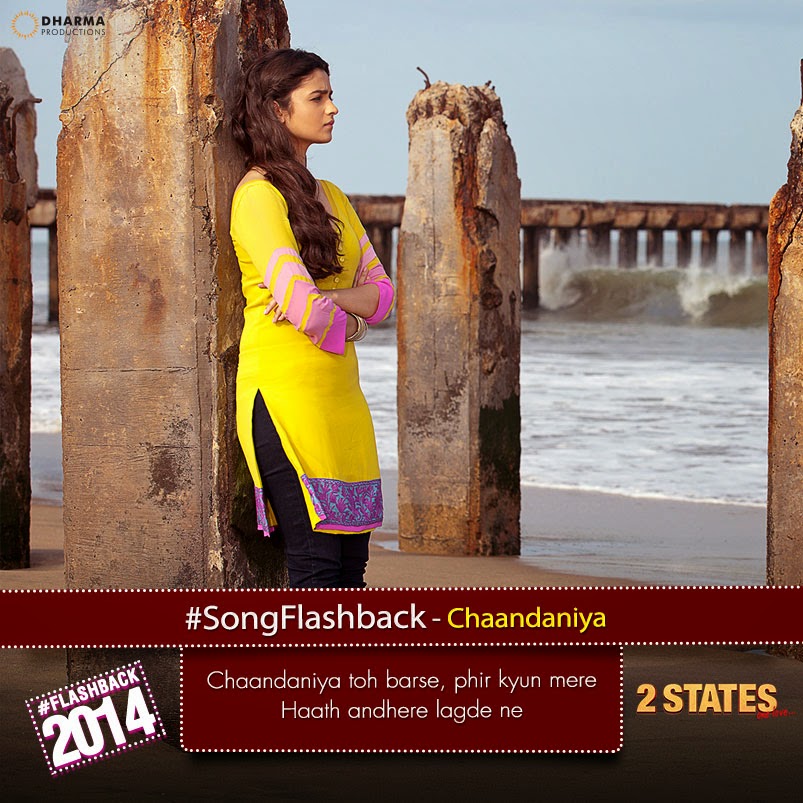 Earlier in the year, 2 States had some soulful songs too. The melodious Chaandaniya shows how lovers can be separated by distance and are still inseparable in love. The feeling is best summed in these lines, ‘Tere bina.. O mahiya…Din dariya, rain jazeere lagde ne’. Written by lyricist Amitabh Bhattacharya and sung by Mohan Kanan, Yashita Sharma, music by Shankar Ehsaan Loy, Chaandaniya is one of the most loved tracks of the year.

Speaking of soulful tracks, Zehnaseeb from Hasee Toh Phasee is also a great song. It is a  emotional love track composed by the talented duo- Vishal-Shekhar, and evocatively written by Amitabh Bhattacharya. Shekhar Ravjiani and Chinmayi Sripaada sung the song with a lilt that stays with you forever. The opening lines of the song are enough to make anyway forget their woes and fall in love. ‘Zehnaseeb, Zehanaseeb…Tujhe chaahun betahasha zehnaseeb…Mere kareeb, mere habeeb…Tujhe chaahun betahasha zehnaseeb…” 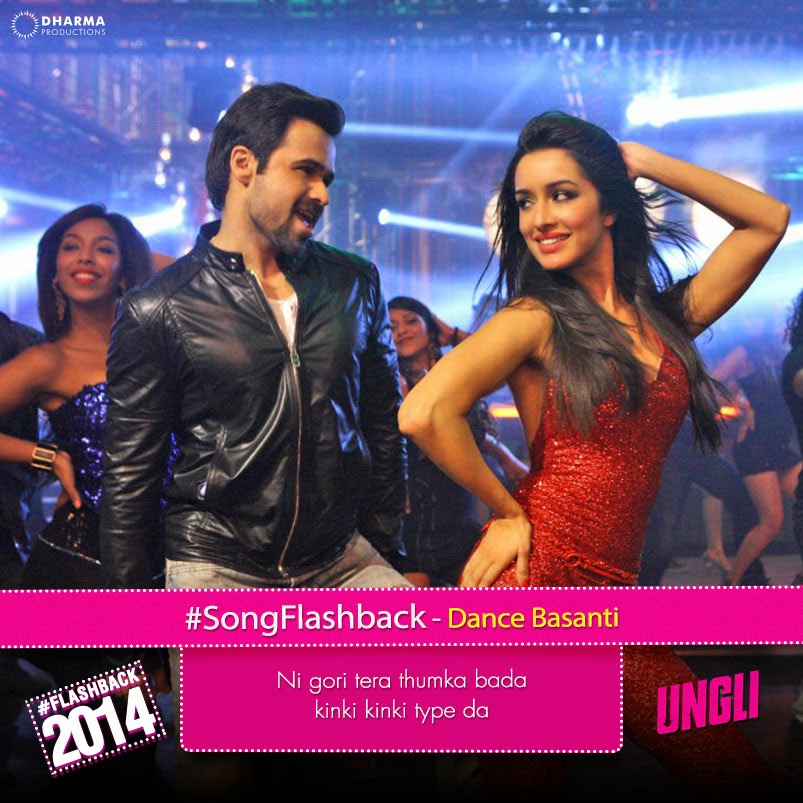 The year ends with a catchy number from Ungli. ‘Unchi wali heel pehen ke…’ dancing comes ‘Basanti’ Shraddha Kapoor in the Emran Hashmi starrer. The Dance Basanti song is sung by Vishal Dadlani & Anushka Manchanda and composed by Sachin-Jigar and you can see from the video that the mood of the song is party-manic and when the lyrics goes ‘Basanti visphotak bas ek smile hai…Tu sar se paaon tak poori missile hai…’ who can stop?

So then what are you waiting for? Start the party with #SongFlashback! Tell the DJ to play your fave number!
Posted by Dharma Productions at 16:04