Since we are doing a flashback, how about looking at some of the memorable dialogues of 2014 that stayed with us long after the films we saw. Classic lines from Dharma films which we will never forget and which will go down in our memory as some of the best scenes. 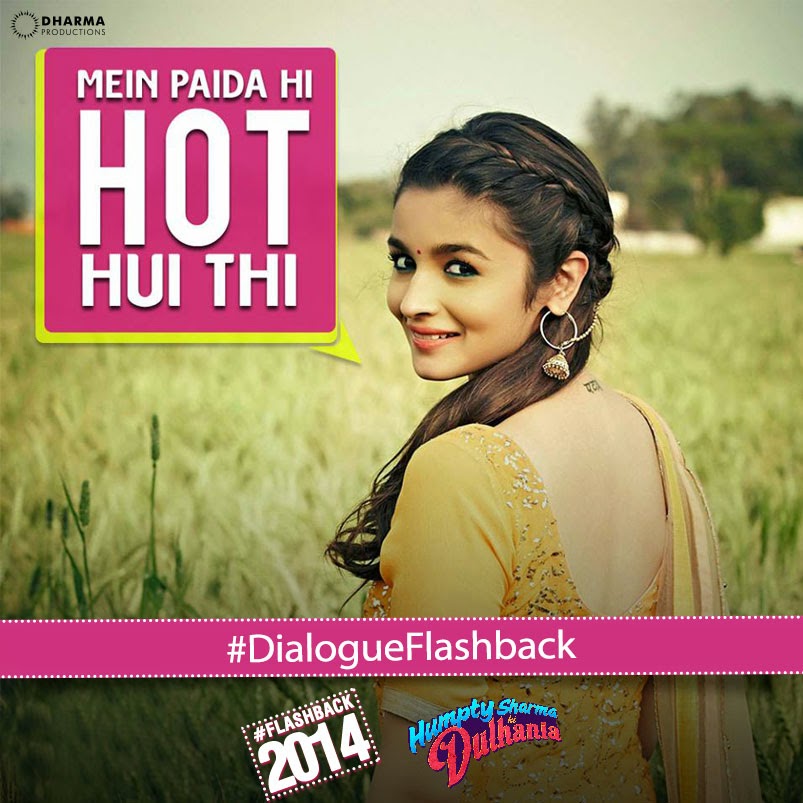 Here’s a recap: Remember that scene in Humpty Sharma Ki Dulhania where Kavya tells Humpty “Main Paida hi hot hui thi” when he looks at her. That’s a classic Alia Bhatt moment. Kavya steals the scene from Humpty with her class act response and sparkles the scene with her quick wit.

And if that was not enough, here’s what Kavya says later, “Shaadi karungi to Kareena wale designer lehenge mein hi, warna dulhe ko tata bye bye kardo” – which is a direct reference to Kareena’s sassy style and how Kavya’s character is influenced by her role model. This laugh out loud moment in the film highlights Kavya’s attitude and spunk. 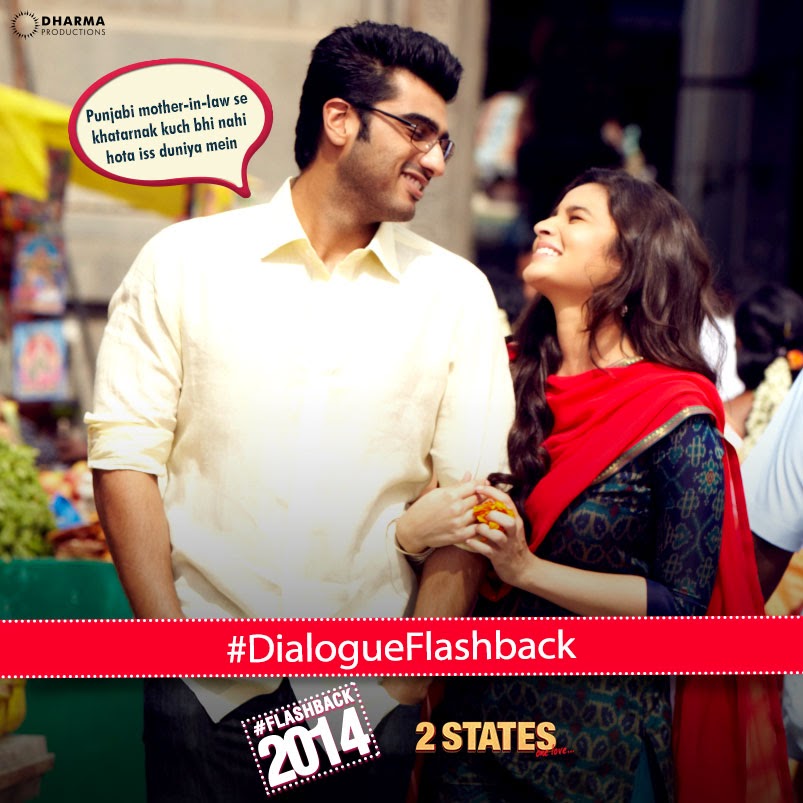 Another of our favourite dialogues this year was in 2 States. "Punjabi mother-in-law se khatarnak kuch bhi nahi hota iss duniya mein!" Krish warns Ananya about his fiery mother who Ananya has no clue about, and is about to meet. This funny moment totally makes it to one of the best scenes of the year.
In 2 States, the lovers Krish and Ananya discuss the ‘pyar ka bomb’ that needs to be exploded in their respective families before the match is made. This becomes the highpoint of their discussion in a dialogue that stays with us. The ‘pyar ka bomb’ is a killer phrase to use. Like drop the love on any unsuspecting person you like!

The too funny scenes between Humpty and Kavya in Humpty Sharma Ki Dulhania are worth watching again. Their little quibbles/tiffs about dating rules and social media etiquette will make you want to rewind all those scenes. Why not start now! Happy Flashbacking!

Posted by Dharma Productions at 17:35