One Glorious Year Of 2 States 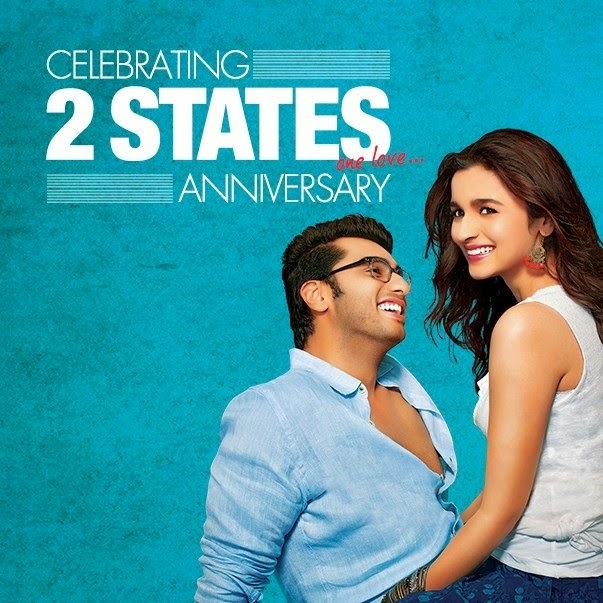 Dharma has had a long history of making movies that have a lasting impact on the minds of the people.

One such modern day classic is the movie 2 States - the love story of a North Indian boy and a South Indian girl – that enthralled the audiences and took them on an emotional ride that till date brings a smile on everyone’s face.

But all this started with a vision, a vision to give the audience an out of the box story to rejoice in. Karan Johar, the man at the helm of it all, thought of adapting the famous novel of the same name. From there on, the wheels were set in motion, the casting of the vivacious Alia Bhatt as Ananya and the dashing Arjun Kapoor for Krish Malhotra’s role added the much needed spice.

A full-fledged campaign was set in motion to reach out to people. The Facebook page and Twitter handle received instant engagement the moment they were started. Innovation was at the heart of this campaign. The curiosity generated by the release of the first trailer was taken to newer heights by the introduction of songs, songs which went on to become youth anthems. A whopping 4 million people liked the trailer in a matter of a week.

Hashtags like #ReasonsToDateANerd and #InCaseOfPrettyGirls also added a new dimension to proceedings with fans from all quarters giving in their own versions. A live chat session with the team of 2 States before the film’s release ensured that the fans got to speak with their favourite stars and ask them the nitty-gritty of the movie.

The entire buzz that was created pre-release got its due reward as the movie went on to become a massive success. It also crossed the coveted Rs. 100 crore mark and was loved by critics and audiences alike.

The awards and nominations followed suit with Abhishek Varman winning the Filmfare award for Best Debut Director, Shankar-Ehsaan-Loy got the Filmfare award for the Best Music Director for their fantastic music. The lead duo of Ananya and Krish bagged the BIG Star Most Entertaining On-Screen Couple award. The film added another feather in its cap when it won the award for Best Film Marketing at the 21st Life OK Screen Awards.

The glorious journey has just completed its first year and we wish that you continue to love this epic tale of romance for many more years to come.


Posted by Dharma Productions at 21:02