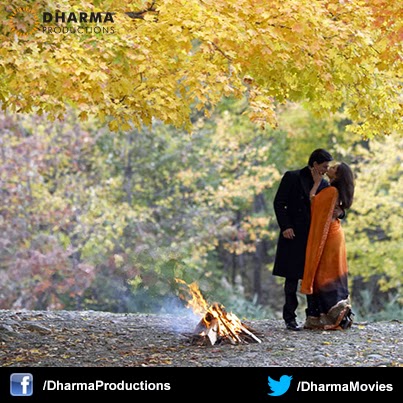 'Kabhi Alvida Naa Kehna' or KANK, as it is popularly known as, narrates the story of how two couples going through turbulent times in their marriages get another lease of life and gets an opportunity to start their lives anew. Maya(Rani Mukerji), who is married to her childhood friend, Rishi Talwar (Abhishek Bachchan), had met Dev Saran (Shah Rukh Khan) on her D-Day and both of them had hit off instantly after a deep conversation about love and life. They met again four years later when both their marriages are going through a dark patch. They find themselves start off from where they had left four years back, fall in love eventually and get into an extramarital affair, as a result of their own unhappy marital lives. Though both their marriages end in a divorce, followed by them deliberately wanting to stay away from each other, life surprises them when they meet again on the occasion of Rishi's marriage.

Despite dealing with a dark subject, the film instills a strong positivity with the thought that life does give us a second chance. It also leaves a message that a divorce does not necessarily end a relationship bitterly. Rishi, after his divorce from Maya, welcomes life with open arms, allows love into his life, decides to get married again, invites Maya to his wedding and resumes the friendship that they had shared since childhood.

KANK's unique storyline that true love in a marriage surpasses all, tugs at our heart strings and strikes a chord with the audience. Besides, the acting prowess of the cast of the film makes it a must-watch for lovers of good cinema across genres. It beautifully conveys that the compatibility of a couple is necessary to ensure that a marriage is successful. It presents a relevant message that an extramarital affair is not the solution to a failed marriage. Rather, it is best to be brutally honest to oneself and the spouse and embrace a new life. The modern take on the issues that the Y-Gen faces in the contemporary times make for a delightful watch.

Posted by Dharma Productions at 12:31