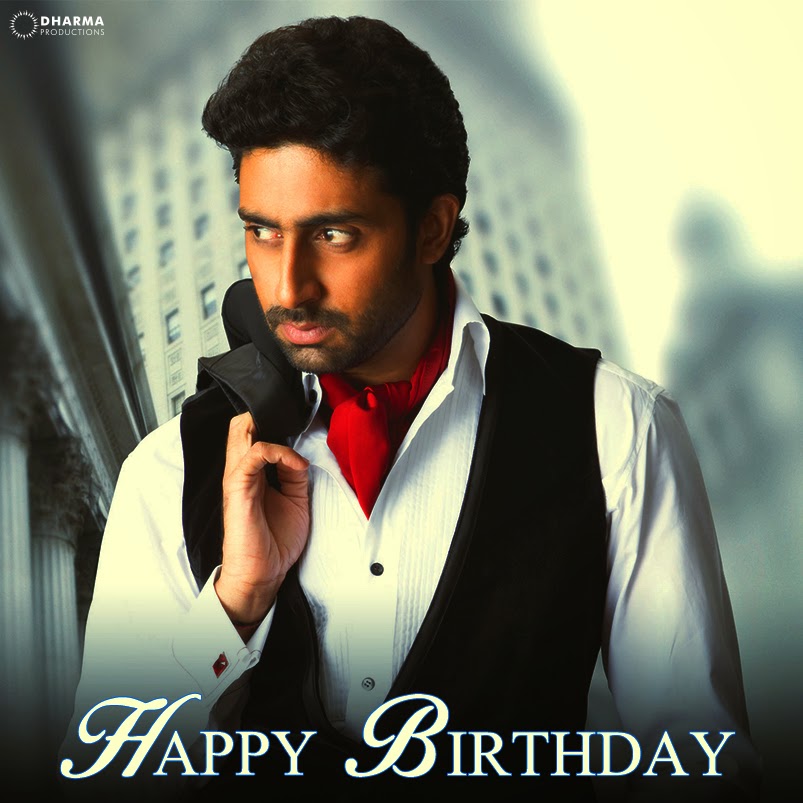 The dashing star of Bollywood celebrates his 39th birthday with his family. For him, birthdays are no reason to not work. He loves celebrating his birthdays by ‘working’ and following his daily schedule of acting and film-making. Yes, you heard it right!

Junior Bachchan is best known as an actor, but very few of his fans know that he was a co-producer and a playback singer.

The actor, who prefers living a very low profile life, has worked in the choicest of films and all his roles have been well received by the audience. His role as ‘Rishi’ in ‘Kabhi Alvida Naa Kehna’ was much applauded and won him a Filmfare award. However, his character ‘Sameer’ in Dostana has been an all-time favorite which won him the envious IIFA under the Best Comedian category.

With 48 awards won and a stunning 97 nominations, it is quite clear why this tall handsome is the heart-throb of many. On his special day, Dharma Productions wishes him a delightful birthday.

Posted by Dharma Productions at 17:39