Announcing yet another face-off, newer challenges & trickier situations…Ready to take Kancha’s call??...Time now for the AGNEEPATH!
This voice contest is live on 5464645 across Reliance, Uninor, Vodafone, Tata Docomo (GSM &CDMA) & MTS
It based on Agneepath's character Kancha - as elusive as he is dangerous, as treacherous as he is ruthless and as evil as he is strong. But now we give you a chance to defeat Kancha to his death!
This service will simulate multiple situations where Kancha will work out his diabolic plans and challenge you to play through his tricks. There will be different levels where you will have to dodge and defeat him and his henchmen. The more the challenges you succeed in, the closer you get to him. Ultimately, you do not just defeat Kancha, you KILL KANCHA!!
Points To Remember 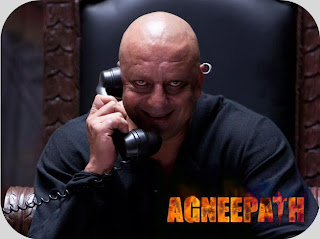