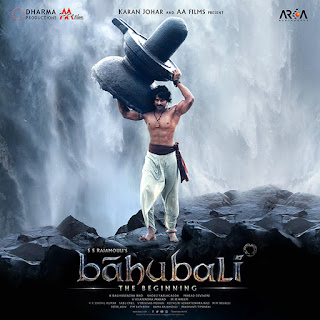 The Hindi version of SS Rajamouli’s “Baahubali The Beginning” has made history as it crossed the 100 crore mark at the Indian box office in just 24 days.

The Hindi version of the film was released in around 1,600 screens across the country along with its Telugu, Tamil and Malayalam counterparts on the 10th of July. The film garnered an amazing response from the Hindi audience. During the first week of its release, the film raked in Rs 46.77 crore nett at the Indian box office.

During the second week, the movie collected Rs 26.30 crore nett at the domestic box office. This took the total to Rs 73.15 crore nett. After three weeks of the film’s release, the nett value of the film added Rs 22.61 crore which made it a staggering total of Rs 95.76 crore.

‘Baahubali’s’ Hindi version was short of just Rs 4.24 crore to make it to the niche 100 crore club. However, during its fourth week, the film managed to accomplish the impossible. It collected an additional Rs 7.7 crore thus giving the film a total of Rs 103.51 crore nett.

‘Baahubali the Beginning’ has thus become the first Southern movie to achieve the rare feat, which is a landmark in the history of Indian cinema.
Posted by Dharma Productions at 15:46