The Lunchbox - Now In Cinemas 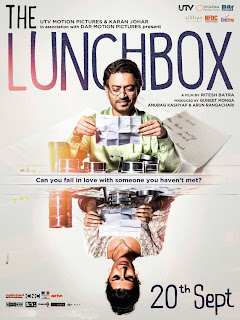 H. Jackson Brown, Jr. once said, 'Sometimes the heart sees what is invisible to the eye...'

Such is the story of The Lunchbox. Set in the busy, bustling streets of Mumbai city, The Lunchbox is a story about a mistaken delivery of dabba, which leads to a relationship between two people who haven't ever met before... Starring Irrfan Khan as Saajan & Nimrat Kaur as Ila, the film is a delightful blend of romance, laughter, drama & a dash of masaledar 'tadka'. The film also stars Nawazuddin Siddiqui.

Is it possible to fall in love with someone you haven't met before? Find out, at a theater near you today :)
Posted by Dharma Productions at 12:50