The New Year is here and everyone’s busy making resolutions they can’t keep. Lucky for us, the lovely characters of Dharma films have also taken up New Year Resolutions and we look up to them when it comes to keeping their promises.

Here’s a list of some of our famous Dharma characters and their New Year’s resolutions for the year 2015:

The very quirky Meeta from Hasee Toh Phasee says that this year she’s going on a diet. Toothpaste is no longer a part of her diet anymore. 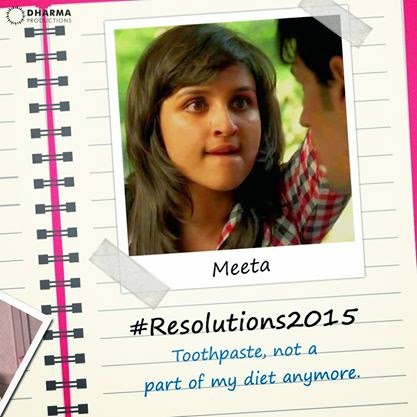 Dostana’s Kunal and Sam have decided that running after the same girl can be injurious to friendship. After a lot of thought, the two friends came to a conclusion that their resolution for 2015 is to not compete with each other for the same girl! 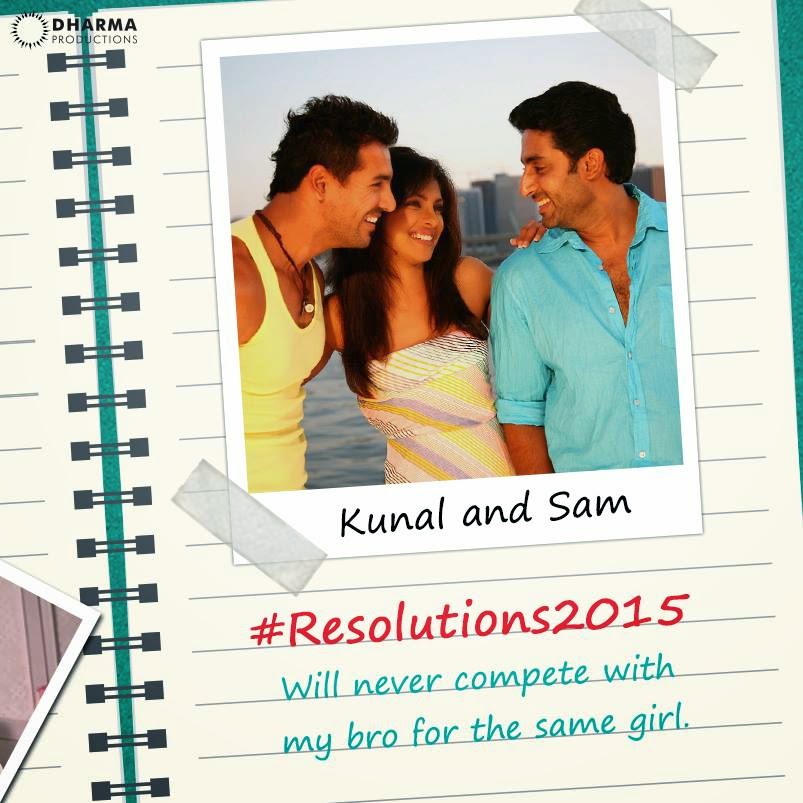 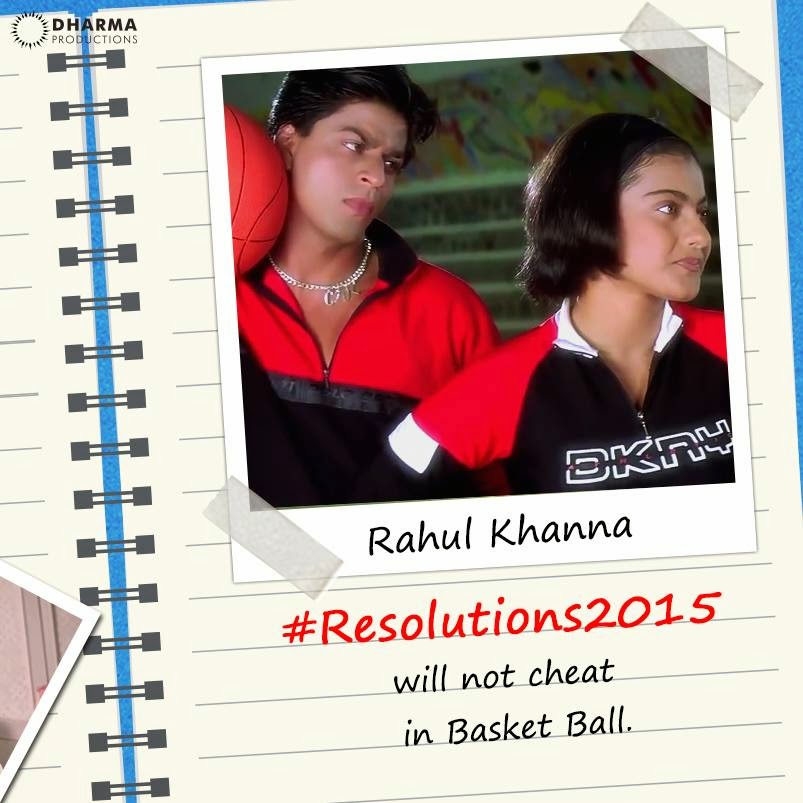 Pooh from Kabhi Khushi Kabhie Gham says her New Year’s resolution is to make it a point to attend Aarti every morning, Rohan or no Rohan. 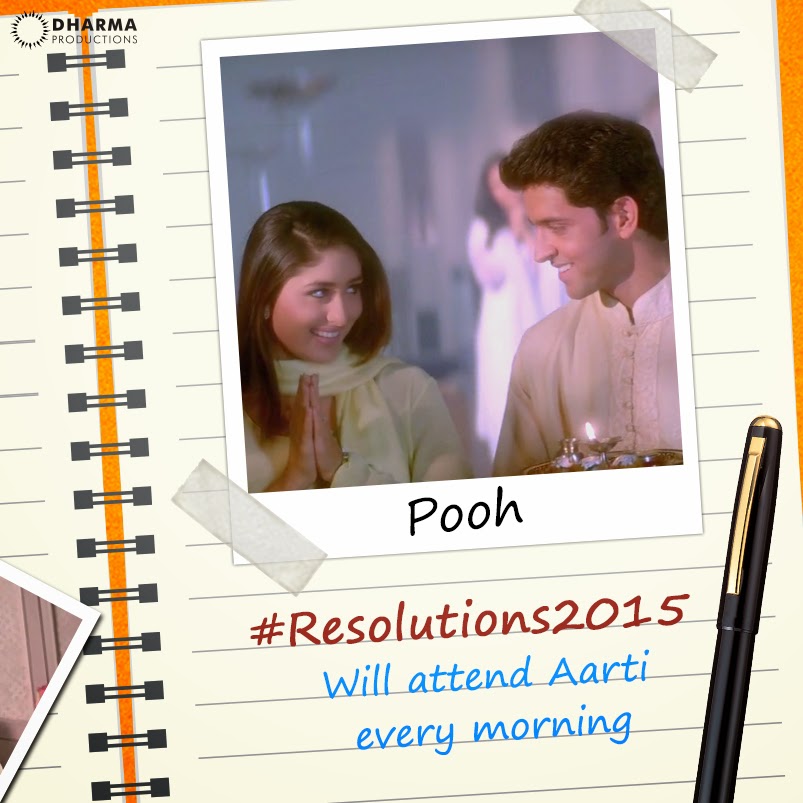 After marriage, 2 states’ Ananya has been spending lots of quality time with her mother-in-law, Kavita. After receiving tons of criticism from Kavita, Ananya has decided her New Year’s resolution is to learn how to cook some delectable North Indian food. 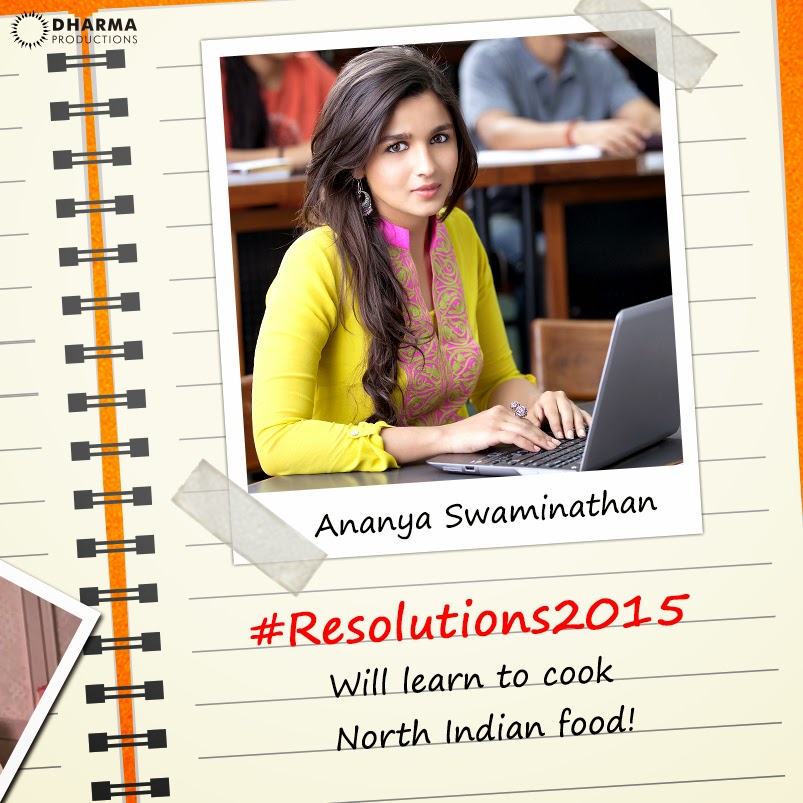 Gippi has taken a firm oath to go on a yo-yo diet in 2015. She plans to drop a yoyo into her food and eat only whatever sticks to it! 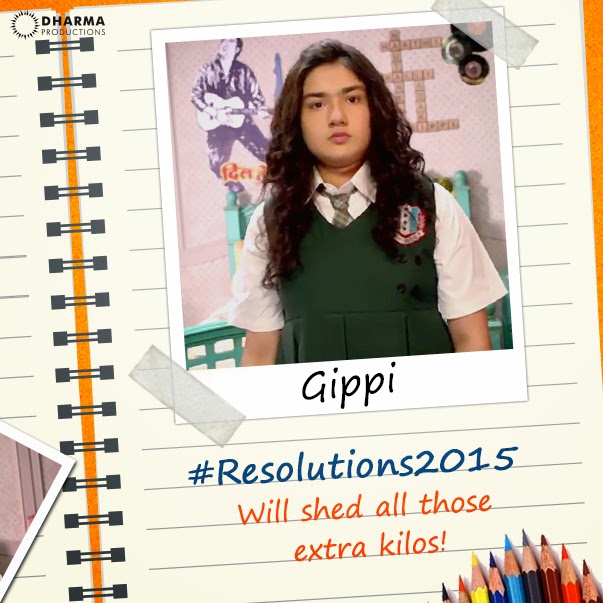