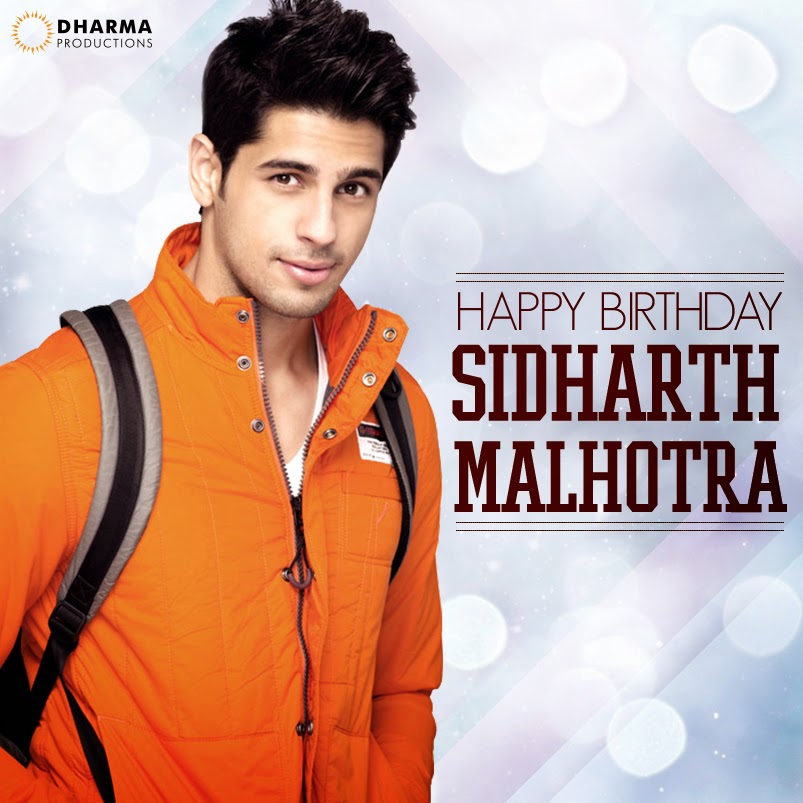 Dharma Productions wishes a rocking birthday to one of the hottest hunks in Bollywood. Sidharth Malhotra, the desire of hearts young and old, turned 29 this year. He is among those few actors who kick-started their careers with the Dharma banner. Starting with modeling, the actor has achieved his stand in Bollywood as one of the most successful actors of his age. With amazing movies like Student of the Year and Hasee toh Phasee – the young star has proved he is here to win hearts with his stupendous acting.

Few know that the actor was an assistant director for the block-buster movie ‘My Name is Khan’ and with 3 successful movies, he has gone a long way to reach where he is today. Although he started his career as a model, he rose up the pedestal with his appearance in Dharma Productions’, where he performed as the lead character Abhimanyu, in the coming-of-age romantic Student of the Year. He was much appraised for his performance which also won him the Stardust Award in the ‘Breakthrough performance Male’ category.

The Delhi boy who does things his way is a lover of simplicity and honesty. For someone who loves to keep his private life discreet, it comes as a pleasant surprise when you realize that he is a family boy and craves to be with his family who stay back in Delhi. Sidharth is all set to appear in his next movie Brothers set to release in 2015. We wish him luck for his upcoming movie.
Posted by Dharma Productions at 15:37