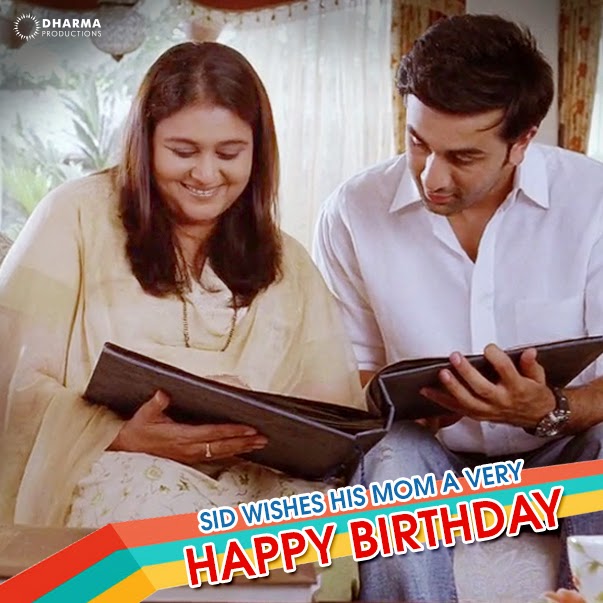 Supriya Pathak was born on 7th January, 1961 to Dina Pathak, who herself was a well-known award winning actress. She was a part of the early new wave in Indian cinema movement.

Supriya began her career in the early 80’s and has recently worked in television sitcoms and has become a household name. The talented actress donned the role of Ranbir Kapoor’s mother in the film ‘Wake Up Sid’. She played the role of a very supporting and loving mother, who always looked out for her son’s happiness more than her own. In the movie she comes across as a very timid, gentle and loving mother; a few characteristics that every mother always has.

We hope that her warm, homely personality never fades away as that’s the thing she is known widely for. Here’s wishing this stellar actress a very Happy Birthday and we hope she achieves all her endeavours in life.
Posted by Dharma Productions at 17:32