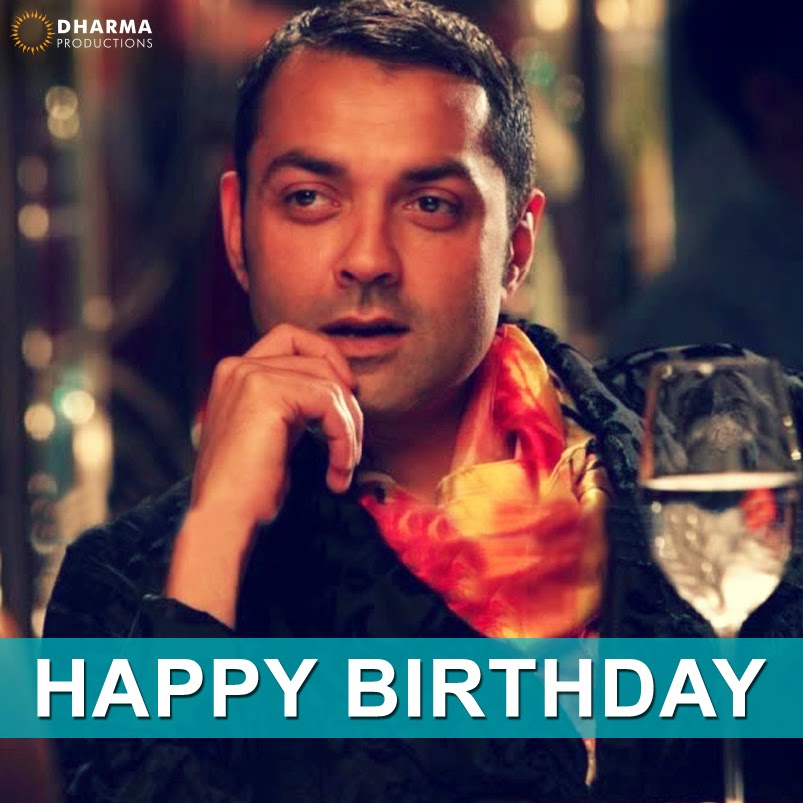 Bobby Deol turns 46!
The younger son of the veteran star, Dharmendra, Bobby Deol is known for his versatility and clean image as a married actor. For someone to whom, success didn’t come easy, the actor’s walked the long mile to prove himself worthy of the fame he’s earned in Bollywood.

Having  worked in Hindi cinema for over 2 decades. He is best known for his young yet mature role in
Dostana as Abhimanyu Singh where he won many hearts with his alluring looks and acting.

Picky for the roles he plays, he is known to be very particular about the character he plays when it comes to acting. He is an actor of comedy, action, and romance among others. His fans love him for his down-to-earth nature and simplicity.

The actor who quoted, “Films aren't exactly the be-all and end-all of my life. I am more of a family man”. He loves to spend time with his family and states his father to be his role model. Dharma Productions wishes Bobby Deol a very happy birthday!

Posted by Dharma Productions at 18:35