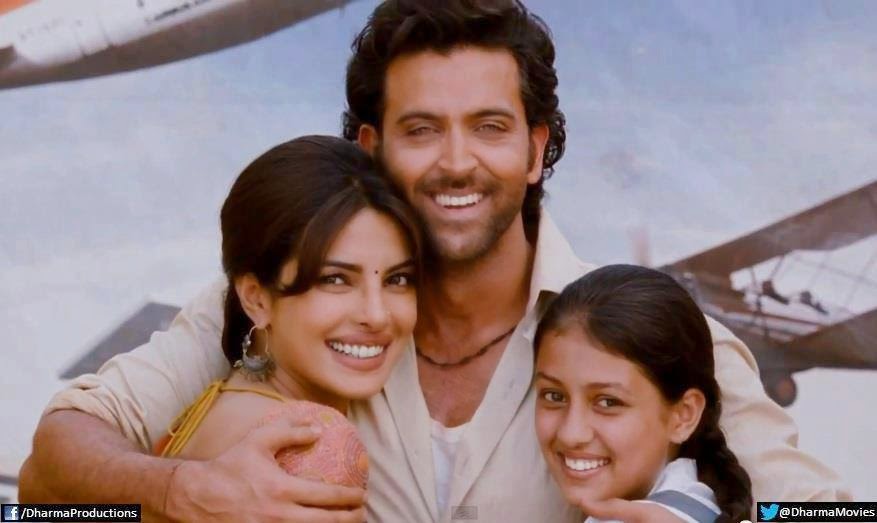 Bhaidooj, traditionally celebrated on the fifth day of Diwali is a mark of love and respect between brother and sister. It is a sign of the unending love that they feel for each other. Typically, the sister prays on the second day of the bright fortnight – ‘Shukla Paksha’ in the month of Kartika for the lives of their brothers to be long, prosperous and happy.


On this festive occasion, brothers are invited by their sisters who prepare a wholesome meal comprising of their favorite dishes. They then perform an ‘Aarti’ for the brother and apply a red ‘Tika’, a sign that their most sincere prayers are for their brother. In return, the brother usually gives his sister gifts and commits to protect her from harm whenever required.


In ‘Agneepath’, the relationship between Vijay Deenanath Chauhan and his sister Shiksha is just as special. Vijay, having seen his father framed and murdered in cold blood decides to turn to a life of crime, slowly building his way into the dark, murky underbelly of organised crime in Mumbai. When things begin to look down for Vijay, and when the life of his sister hangs in the balance because of Rauf Lala and Kancha, Vijay rises to the occasion and goes about on a killing spree, with little fear of repercussion. With support from Commissioner Gaitonde, he begins his journey to rescue Shiksha from harm. What happens in the end though? Is Vijay able to uphold the tradition of Bhaidooj? Does he save Shiksha from harm and exact his revenge on those who persecuted his family? Why don’t you watch the film once again today and go through the emotions just like Vijay Deenanath Chauhan?

Posted by Dharma Productions at 19:30