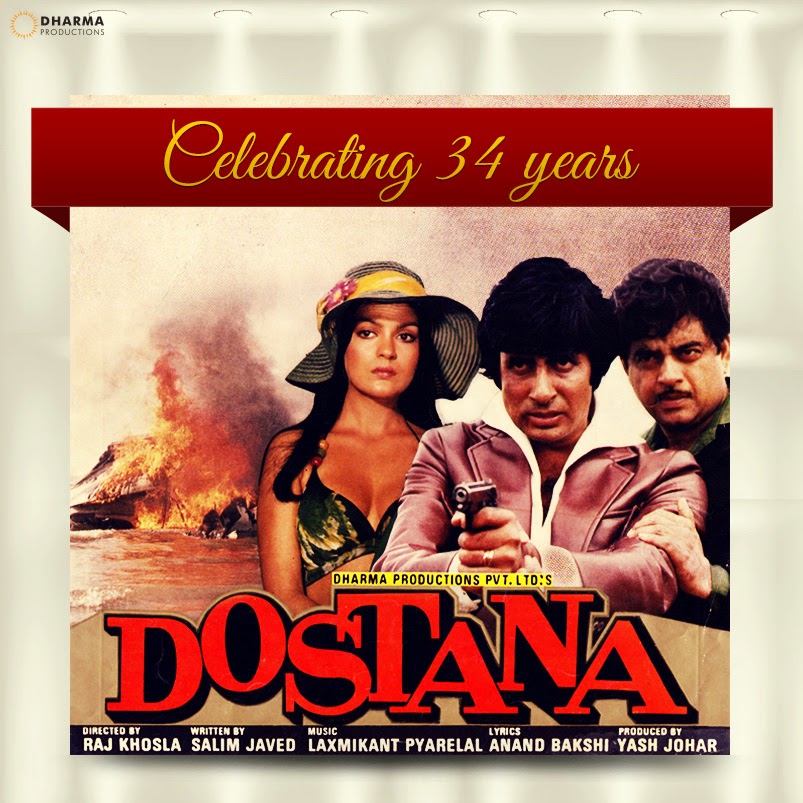 It’s now been an incredible 34 years since ‘Dostana’ hit the big screen and we are still enthused by the compelling performance by Amitabh Bachchan and Shatrughan Sinha in the film. The duo set new standards for friendship & love in this film. Let’s take a trip down memory lane and relive the film which put a new spin on camaraderie.

Vijay (Amitabh Bachchan) and Ravi (Shatrughan Sinha) are childhood friends who grew into rival careers. Vijay is a dedicated police inspector and Ravi is the town's best lawyer; while the former catches criminals, the latter bails those criminals out. Both swear not to question each other about their careers and thus their friendship continues to blossom.

Their lives take a turn when both meet a woman named Sheetal Sahni (Zeenat Aman) at different places and time respectively. Both begin to fall in love with her but refrain from telling each other. Ah, the love triangle is formed! Later, Ravi admits his love for Sheetal to Vijay who is devastated but decides to sacrifice his love for Ravi's sake.

However, there is a misunderstanding when Daaga (Prem Chopra), a smuggler who had a few run-ins with Vijay, decides to stir up their friendship by showing Ravi a photo of Vijay and Sheetal together. Vijay and Ravi become rivals for the first time. The rest of the movie looks at the conflict between the trio, which we wouldn’t want to spoil for you if you haven’t seen the film.

Do join us in celebrating this timeless film on its 34th anniversary and tell us your favorite dialogues and moments from the film in the comments below.


Posted by Dharma Productions at 20:45