Bridging the gap in love 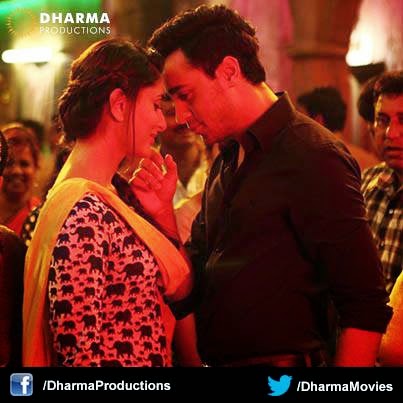 Love can motivate people to cross unimaginable boundaries and break barriers to reach their loved ones. One such example of exemplary love can be seen in ‘Gori Tere Pyaar Mein’.

In the film, we see Sriram (Imran Khan) narrating his story to his fiance, about the time he fell in love with Dia Sharma (Kareena Kapoor). Dia is a social worker and hence always busy running about, helping children and the people in her locality. On the other hand, Sriram is the shallowest chap on earth who doesn't value relationships, family, friends or his country. But after he meets Dia, his outlook on life begins to slowly change. He finds himself doing things he wouldn’t have done on a normal day.

Initially we see him as a materialistic guy, who buys a plot of land for his dad, which Dia had plans of building an orphanage on. He does this only to win over his dad, so he would be gifted an Audi in return. Dia soon breaks up with him after a relationship of more than one year. At Sriram’s wedding his soon to be fiancé, Vasudha, makes him realise that he still loves Dia and that he won’t be able to handle their wedding. Sriram runs away from his wedding and goes to Dia’s house. There he finds out that Dia is living in a village in Gujarat, Jhumli.

Sriram reaches the village and promises Dia that he won’t leave the village until Dia comes back with him. Dia still angry with Sriram tells him, that if he could help build a bridge in the village she may consider coming back. After a few hurdles, and getting beaten up by the village-head’s men, he gets the task completed. Dia gets to know all about this and forgives Sriram for his earlier misdeeds. They finally reunite on the newly built bridge and share a tender moment together.

We come across times in life, when compromise is necessary to make a relationship work. ‘Gori Tere Pyaar Mein’ paints a clear picture of how far people are willing to go for love. And in the end it’s all worthwhile, because getting to spend time with that special someone is reward in itself. The next time you find yourself in a situation where compromise is necessary to make things work in your love life, stop and take a look at Sriram & Dia and how they ultimately achieved their fairytale ending.


Posted by Dharma Productions at 14:30