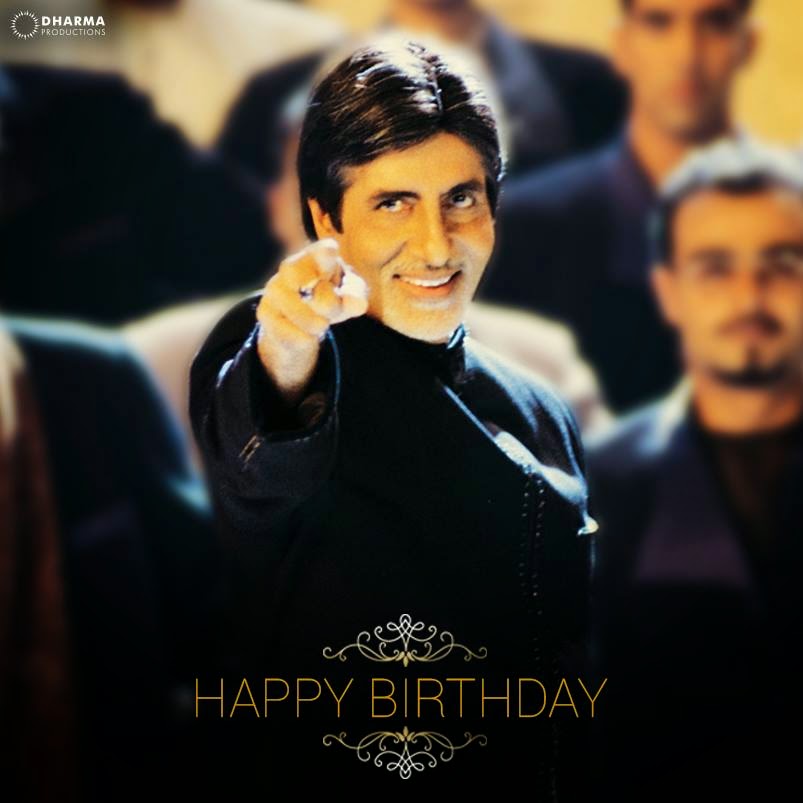 Having starred in over 180 films in a career spanning more than four decades, Amitabh Bachchan continues to hold sway over millions of his fans with his rich baritone on the big screen. The megastar was born to Hindi poet Harivansh Rai Bachchan and Teji Bachchan in Allahabad on October 11, 1942. Bachchan is one of the busiest actors in Bollywood thanks to his knack for adapting and reinventing himself to the demands of showbiz.

Big B’s versatility as an actor has given us many memorable moments through his films with Dharma Productions. We see him play the role of Police Officer Vijay in the 1980 ‘Dostana’. We then see him play the role of Vijay Chauhan, a Man seeking revenge for his father’s death in ‘Agneepath’. His pivotal role as a rich businessman who is a father to two sons in ‘Kabhi Khushi Kabhie Gham...’ was one of the key elements in making the film such great success.

Finally we see him play the role of a fun-loving father, Samarjeet in ‘Kabhi Alvida Naa Kehna’. Amitabh nails it with a performance that carefully treads the fine line between old perv and naughty senior. It is to his credit as an actor, that he can switch from playful to prophetic, as he offers those words of wisdom that eventually become the direction that the cheating couple take in the film.

Amitabh is an actor that wishes to continue his innings in acting with the same enthusiasm that he started with. "The wish is that something challenging comes up everyday... I will continue working till there is strength in my body," says Big B.We would like to wish Amitabh Bachchan a very Happy Birthday with many years of splendid films ahead! Do share some of your favourite Amitabh Bachchan scenes from our Dharma films in the comments below.


Posted by Dharma Productions at 17:24