That friend who is always dieting 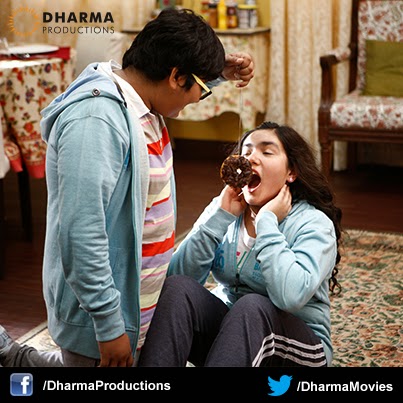 We find them in all shapes and sizes. Some are chubby, some a little more chubby and then there are those who are simply XXXL! You guessed it; we are talking about those friends who always seem to be on a diet all year round. Whether you go for a nice dinner to a fancy restaurant and they order only a basic salad, or be it the times you go for pizza and they order the thin crust pizza, without any cheese or toppings! (What’s really left then?)

Everyone comes across such calorie counting friends, such as Gurpreet Kaur (Riya Vij) in Sonam Nair’s ‘Gippi’. In the film we see Gurpreet aka Gippi as an awkward school girl going through adolescence. She is extremely conscious about her overweight body and doesn't know how to handle the physical, emotional and social changes growing up entails. She steps up to the challenge and decides to shed a few extra pounds through dieting and exercise. One would say her exercise regime is a little unorthodox though, when we see her brother Booboo dangling a doughnut in front of her face while she does crunches!

We can relate to this as many of our friends need a little motivation at times, in the form of a nice tasty morsel in front of them. Dieting makes a lot of sense but exceptions can be made every now and then. How many times have our friends declined sharing a nice chocolate doughnut because ‘it has too many calories’? People need to learn to follow their diet without having to forfeit the fun times spent with others. At the end of the day, such people, just like Gippi, will succeed in their goal of losing weight, but at what cost? Was it really worth missing out on all those tasty treats just so that they become slim only to put on weight again?

It is our job as friends to make sure they keep with their diets but not go overboard with it! So if you have a chubby buddy who’s on a super strict diet and doesn’t eat anything worthwhile when you go out, do convince them that life isn’t only about dieting but also about enjoying the finer things in life.

Posted by Dharma Productions at 19:52