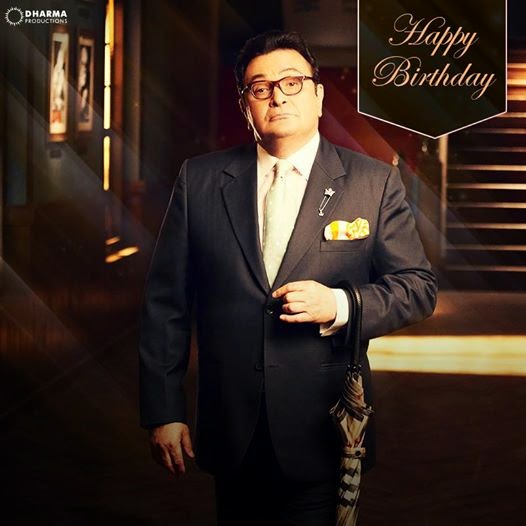 The proverb “old is gold” holds true with actor, film producer and director Rishi Kapoor. Just like fine wine, he has matured over time into an amazing actor and we are proud to have him as a part of our Dharma family. Today we joyously celebrate the birthday of one of the most versatile actors of our time; Rishi Kapoor here’s wishing you a very Happy Birthday!
His power packed performance in Agneepath as Rauf Lala, an underworld drug lord, left fans with chills down their spine! He seamlessly pulled of the absolute unabashed, unapologetic, evil portrayal of Rauf Lala. The brilliant part is that even when he was trading off young girls you still see him as a flawed human being instead of a monster and that is a feat only Rishi Kapoor can pull off.
In contrast to Agneepath, Rishi Kapoor displayed remarkable flexibility when he played the role of Dean Yogendra Vashisht, in Student Of The Year. It was for the first time ever that a mainstream actor enacted such a diverse role and with Rishi Kapoor playing the role of a flamboyant man, he certainly gave us a power-packed performance.
We are extremely proud to have worked with such a legend and hope to see him starring in many future Dharma Productions. Here’s to you ‘Chintuji’, may you have many successful years ahead. Do join in the celebration and share your favorite Rishi Kapoor scene from Dharma movies in the comments below.
Posted by Dharma Productions at 15:57