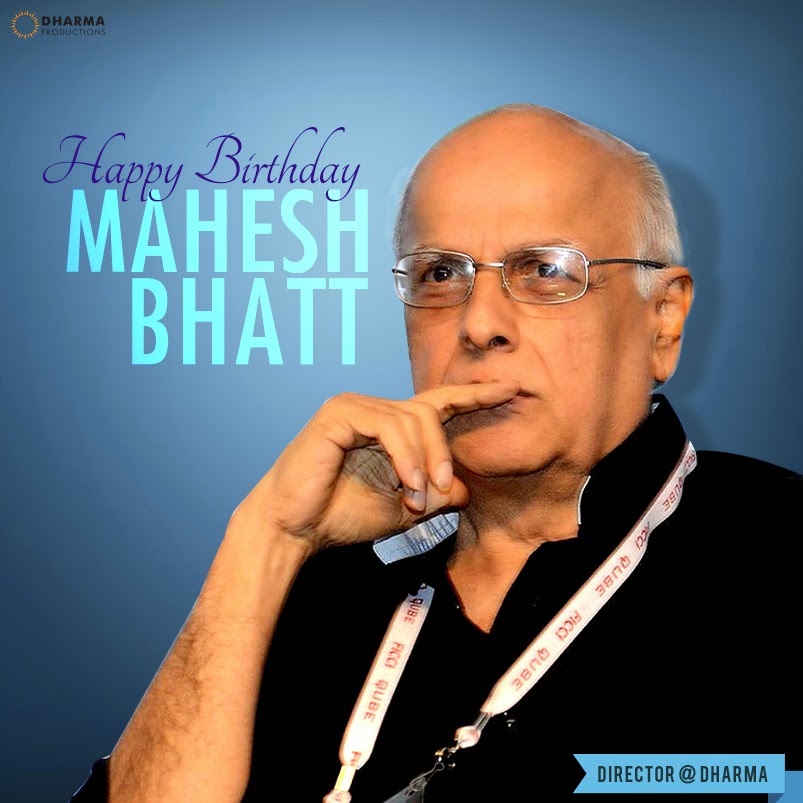 A film director gives direction to the cast and crew and creates an overall vision through which a film eventually becomes realized. While some film directors started as screenwriters, film editors or actors, Mahesh Bhatt, at the early age of just 26 made his debut as a director. We proudly celebrate the Birthday of one of the most amazing directors we have had with Dharma Productions; Mahesh Bhatt we would like to wish you a very Happy Birthday!

‘Duplicate’ was the second film Mahesh Bhatt directed for Dharma productions after ‘Gumrah’. The film has Shah Rukh Khan starring in a double role, as Bablu Chaudhary, a bubbly young man and Manu (Bablu's lookalike), who is a ruthless criminal on the run from the cops. The film is a comedy about a side-splitting mix up between these two completely opposite individuals, and is a tribute to Mahesh Bhatt’s incredible directing skills. It certainly was a great pleasure to work with a director of such great caliber in the making of this film.


Mahesh Bhatt, we thank you for all the fun times and memorable moments you have given us and our audience through films like ‘Duplicate’. Directors like you make it such a wonderful and lively experience for the entire cast and crew! We wish you all the best on your future projects and a life time of good health and happiness.
Posted by Dharma Productions at 12:24