Many Many Happy Returns Of The Day – Punit Malhotra 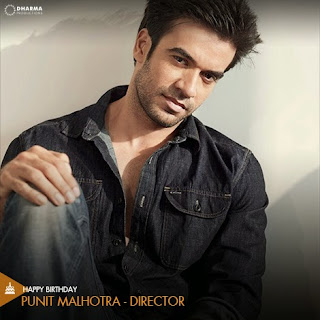 Of late, Bollywood has seen a surge of young talent that has made their presence felt both in front of the screen and behind it. One such talented youngster who has made a mark in the Bollywood circuit is Punit Malhotra.

The young director started his career by assisting Karan Johar in his mega directorial venture Kabhi Khushi Kabhie Gham. From, this experience, he only went on to scale further heights and made his directorial debut with “I Hate Luv Storys”. The movie was liked by audiences across the world. The remarkable way in which the love story was portrayed had many industry veterans raving about him. His latest movie Gori Tere Pyaar Mein starring the talented Imran Khan and the beautiful Kareena Kapoor was also well received.

It is beyond doubt that he is one director that everyone needs to watch out for in the years to come. On this day of celebration, Dharma wishes him a very happy birthday and loads of success in the coming years.
Posted by Dharma Productions at 12:27