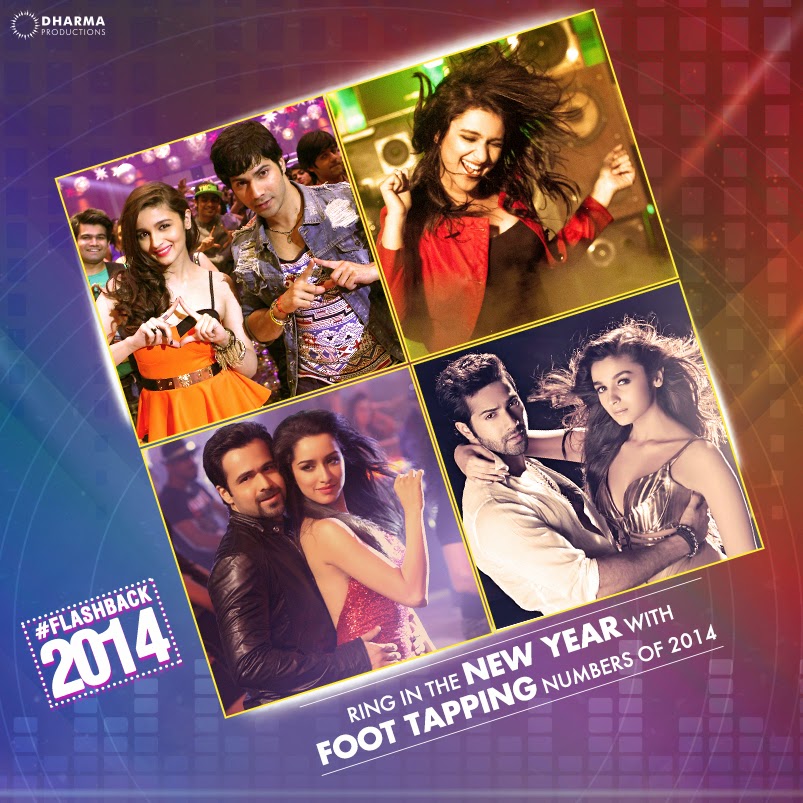 If there’s one thing that Dharma films are known for in Bollywood, it is the musical brilliance we bring into every film. Can you imagine a Dharma film without song and dance? We certainly can’t. The essence of Dharma movies transpires through the film’s music and dance sequences and flows right from the characters in the film to the audience watching.

The year 2014 has brought us many awesome rocking dance party numbers. Let’s take a trip down memory lane and see what 2014 had in store for us on the dance floor. Remember Hasee Toh Phasee’s ‘Drama Queen’ starring the vivacious Parineeti Chopra and the dashing Sidharth Malhotra as they have the time of their life? A song was so lively, it made the audience want to jump off their seats and join in the celebration.

The sizzling chemistry between Arjun Kapoor and Alia Bhatt in 2 States simply flows out of the screen and the audience gets to be a part of their celebration of love!

Humpty Sharma Ki Dulhania’s ‘Saturday Saturday’ featuring Varun Dhawan & Alia Bhatt is a Party song to end all other Party Songs! After a tiring week who wouldn’t want to bring on the Saturday madness with Humpty and Kavya in one of the craziest Party anthems of this year?

Ungli’s Dance Basanti, featuring Shraddha Kapoor as Basanti alongside the very charming Emraan Hashmi will make you want to put on your dancing shoes and practice the Basanti moves right in the theatre itself!

Here’s how we party at Dharma as we end the year on an all time high with some of the grooviest dance numbers of 2014! How will you be partying this New Years eve? Make your New Year’s party as rocking as ours by adding some of these party anthems to your celebration’s playlist and have a very happy New Year filled with lots of love, happiness and prosperity!

bit.ly/Flashback2014
Posted by Dharma Productions at 18:00