The Competition Of Life 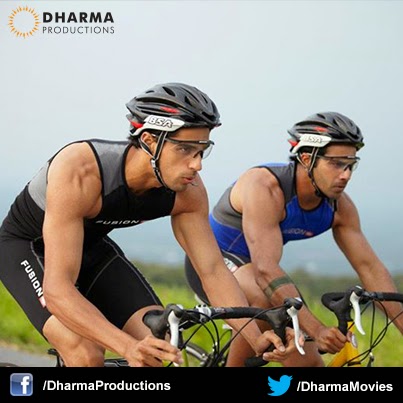 School competitions are one of the most important phases in a child’s life, may it be a simple running race or a football match or even a treasure hunt. Everyone always wants to go for the gold, nobody will ever settle for second best. Sometimes people feel that no one will remember the person who came in second. Like in the film ‘Student Of The Year’, when Abhi and Rohan become each other’s arch nemesis just because they want to prove that one is above the other by winning the Student of the Year trophy. After all, like Ashok Nanda tells his son Rohan, “Teachers sirf rules sikhate hai ... lekin winners, winners rules banate hai.”

Many schools also have student elections every year, wherein one student is chosen by the students or the school faculty to become the Head Girl/Boy of the school. One can see a lot of competitiveness in these elections; this is because students want to wield that power as they feel they can install their rule on all the students. But this is not the way it should be; a student that has won the election should always be righteous and fair in his/her decisions. In a film like Gippi, Gippi (Riya Vij) overweight and awkward and doesn't know how to handle the physical, emotional and social changes adolescence brings. In school she is a backbencher and is constantly bullied by the popular queen-bee Shamira.

Despite all this chaos she manages to pick herself up from nothing and fight Shamira in the elections, which she eventually goes on to win. The lesson that we can learn from this is no matter how ugly or beautiful you look, one has to learn to love yourself for exactly who you are. This film also teaches us never to give up on ourselves no matter how bad the situation is. As the saying goes, “Try try till you succeed.” At the end of all this even an underdog will emerge victorious.

Do you remember those days when you ran your first race in school and you thought you were going to win, but things just did not go your way? But at the end of it all you realised how much fun you had participating in the competition and want to relive those memories again, then watch ‘Student Of The Year’ & ‘Gippi’ and reminisce your childhood memories.
Posted by Dharma Productions at 19:58