One of India’s most reputed media organizations recently came out with a list of the most promising debutant directors to look out for in the upcoming months. While the list features directors like Abhinav Kashyap (Dabangg), Abhishek Sharma (Tere Bin Laden), Kiran Rao (Dhobi Ghat), and Vikramaditya Motwane (Udaan), guess who topped this pretty prestigious list of names? The young and dashing director of one of the runaway hits of last year, Punit Malhotra himself! 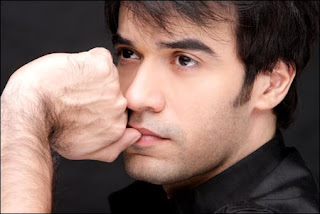 '
I Hate Luv Storys was a magnum opus and achieved a whopping 60 Crores plus in the box office, securing it as one of the most successful movies released last year. It recently completed its one year anniversary and that too was celebrated in style by its fans. A number of PR articles were released in some of the top most publications on the IHLS anniversary celebrations which took place as well.

This young, energetic and extremely talented director will definitely be on our radar to watch out for. Don’t miss him either!
Posted by Dharma Productions at 18:27