Hrithik to be the new ‘Angry Young Man’ 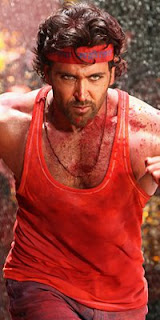 When you hear the word ‘Agneepath’, all that comes to your mind is the angry young man Amitabh Bachchan, Mandwa village and Big B’s famous dialogue “Vijay Dinanath Chauhan”. However, in 2012, Bollywood lovers will get to see a brand new Vijay Dinanath Chauhan. The much talked about and admired character will be played by Hrithik Roshan in a remake to be produced by Karan Johar.

The shooting for the movie is complete and is all set to release on January 13th 2012. Hrithik, who recently returned from Diu after completing a month long shooting, has put in huge amounts of hard work in the film. It’s well known that Hrithik and Priyanka Chopra, who will star together onscreen for the second time after Krissh, were injured on the sets. There will be a lot of expectations from the remake of the 90’s super hit flick but Hrithik, however, says that he liked the script and so he did it. ‘Agneepath’ is just another film for him and he is not taking it as a big remake.

The film will also cast Sanjay Dutt as the main villainous character of Kaancha Cheena; however, the character played by Mithun Chakraborty in the previous Agneepath is no more there in the remake.
Posted by Dharma Productions at 18:21