And yet more awards for Dharma! 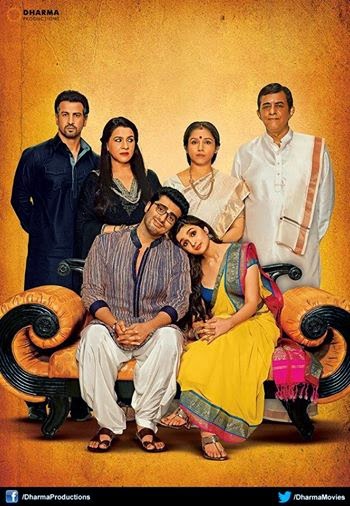 The last week of January came as a bag full of happiness for Dharma Productions. In the face of Stardust and Bollywood’s coveted Filmfare Awards 2015, was yet another reason to celebrate.

With nominations in several categories like music, playback and lead roles, the team of 2 States were in a celebratory mood already. Their hard-work was duly acknowledged, as they bagged yet more awards. The treasured Black Lady of Filmfare came home to Dharma with awards in 2 categories - Best Director Debut (Male) - Abhishek Varman & Best Music Director - Shankar Ehsaan Loy.

While there were some amazing movies in the year gone by, this movie hit a rather sweet chord with the audience. Adapted from Chetan Bhagat's novel by the same name, 2 States tackled a subject of much curiosity - a love story between a North Indian boy and a South Indian girl.

With Arjun Kapoor and Alia Bhatt playing the lead roles, the movie grossed over 100 crores at the box office. And we are pleased that all this toil hasn't gone unnoticed with the jury at several award functions.

We congratulate the winners and wish them many more awards in the future.


Posted by Dharma Productions at 13:59