5 Reasons why ‘Pooh’ is the Ultimate Style Icon 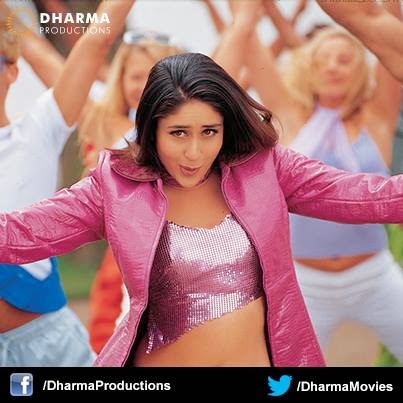 Kabhi Khushi Kabhie Gham was a runaway hit with theatre halls flooded with die-hard fans, in India and the rest of the world. It’s true; no other family drama has been as successful as this one. The glamorous Raichand family has set the bar very high for movies in the league. And even today, 14 years later, the deeply sentimental drama continues to entertain hearts.

Many reasons why this is still a people pleaser. The movie is a stand-alone entertainer with not a moment out of place. The mega-star cast, the costumes, the setting, the London-tadka, the melodious songs, the lavish sets, everything was just so…yum! But what really stood out was the introduction of Kareena Kapoor Khan as ‘Pooh’, the Fashion Diva for generations to come.

So, here are 5 reasons why Pooh is the ultimate style icon.

3. Does not care about what the world thinks.

4. Self-regard is high up there.

5. And, the world, just totally absolutely, revolves around her.

Well, that’s Pooh who charms everyone around and that is why, even today, we find a ‘Pooh’ in every young girl we come across.
Posted by Dharma Productions at 16:00