When watching the movie, do you look at the technicalities used in making that film? Do you think that director is the soul behind making the movie? If your answer is yes, then this one is for you!
Just like you, many people say that directors play an important role in the film in many ways; he is the Backbone of the film, Caption of the ship, Hero, Co-ordinator and so on. When talk about Dharma history, we have launched a total of 9 directors under our banner – Nikhil Advani, Soham Shah, Tarun Mansukhani, Rensil D’Silva, Siddharth Malhotra, Ayan Mukherji, Punit Malhotra, recently launched Karan Malhotra and Shakun Batra which no other productions house has done.
At the same time, Karan is extremely proud of his talents saying, “At Dharma, we have already introduced nine directors. We are extremely proud of their films.”But it doesn’t end here, Karan plans to continue this practice by launching new talents in his upcoming Dharma Movies – “Taking the train of thought further, we plan to expand our production base and launch many more first time filmmakers in the immediate future."
One of them whom we know of is Akshay Roy who is directing Ekta and Karan’s upcoming production film. And more are on their way! We will reveal them soon J 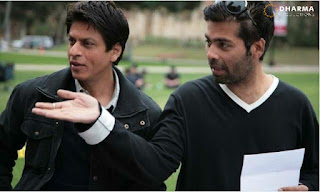 Posted by Dharma Productions at 14:56