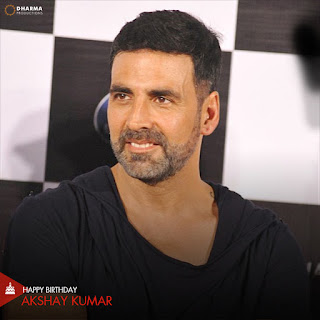 Akshay Kumar is undoubtedly the smartest and fittest action hero of B-town. That charming smile and fit body never fails to steal the show. It is the Khiladi’s birthday today! As the actor turned 48 today he was swept-off by wishes from his fans, colleagues and well-wishers. Akki is one of the most hardworking and perseverant actors Bollywood has today. He can be smart, goofy and sexy all with the same amount of ease and style.

He is one actor who can match the Khans in their stardom as well as box office numbers. Born as Rajiv Hari Bhatia, Akshay began his acting career in 1991. Since then, he has come a long way to established himself as an action hero and entertainer who is loved by the masses. He can amuse you with his power-packed, larger than life action scenes.

He has also played an intense role in his movie Brothers where he is seen doing a lot of Mixed Martial Arts. Brothers, directed by Karan Malhotra and produced by Dharma Productions, Lionsgate Films and Endemol India, showcases Akki as David, a physics teacher, who gets into street fights to arrange money for his daughter who is suffering from a fatal ailment. His character is intense, strong-headed and emotionally driven. He did complete justice to the character and stood out in the movie.

We wish to see Akshay Kumar in many more entertaining films in the near future! Here’s wishing Akki a very happy birthday and a fit and fab life ahead.
Posted by Dharma Productions at 12:00