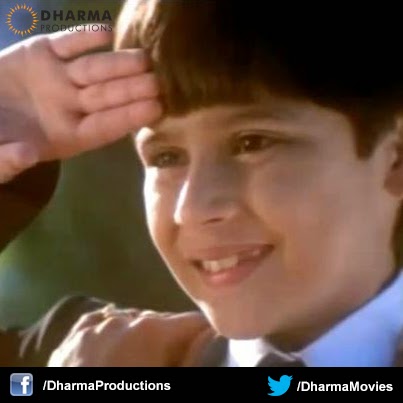 On the eve of Independence day, meet Anjali from Kabhi Khushi Kabhi Gham. A patriot by choice; Anjali took immense pride in being an Indian. She’d go any distance to stand by her pride, her culture and traditions.
Even when Anjali relocated to London with Rahul, she ensured that she followed her Indian ways of life and continued celebrating festivals like Karva Chaut. She also taught her son in the film, Krish the importance of family and core Indian values. No matter what anyone else said, she was steadfast with her belief, “Mera Bharat Mahaan”.
Her efforts didn’t go waste either; Krish surprised his mother by singing the Indian National Anthem at his school function with his friends in London.