Karan and Imran appearing on a reality show! 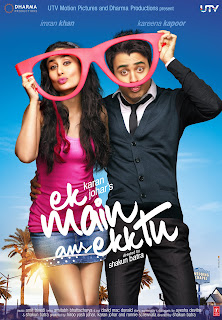 Actor Imran Khan and producer Karan Johar would appear on hit TV reality show Bigg Boss to promote their upcoming film Ek Main Aur Ekk Tu. Imran and Karan both are coming on the show for the finale. They would be promoting their film Ek Main Aur Ekk Tu which is set to release on the 10th of February, 2012. Directed by debutant Shakun Batra the romantic-comedy stars Imran and Kareena Kapoor in the lead.
The film produced by Karan Johar under the Dharma banner has generated a lot of hype already. The lead actress, Kareena is holidaying with beau Saif Ali Khan and so she won't be able to make it for the show.
Source: www.hindustantimes.com
Posted by Dharma Productions at 18:07