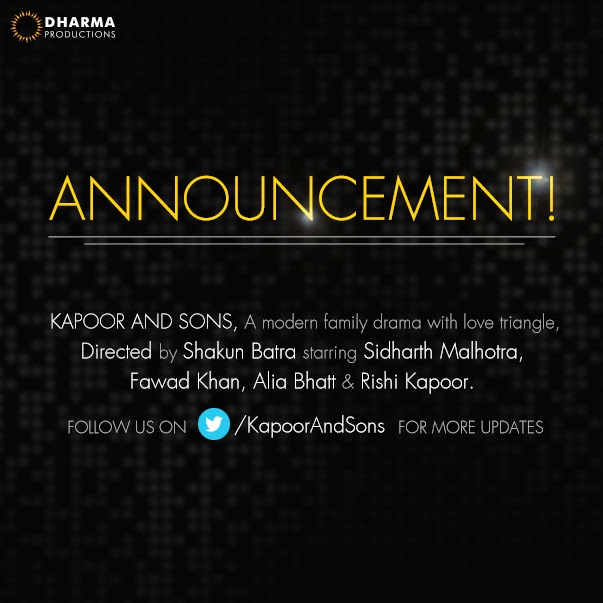 Here is another big announcement!

Actors Sidharth Malhotra, Fawad Khan, Alia Bhatt and Rishi Kapoor are going to be a part of Dharma Productions’ next - Kapoor & Sons.

Directed by Shakun Batra, the film is modern family drama with a love triangle. It also stars the veteran actor – Rishi Kapoor, in a pivotal role.

While Dharma is home to actors Rishi Kapoor, Sidharth Malhotra and Alia Bhatt, this is first time India’s recent heartthrob from Pakistan, Fawad, will be working with the production house.

The release date for the film is yet to be announced.
Posted by Dharma Productions at 11:10