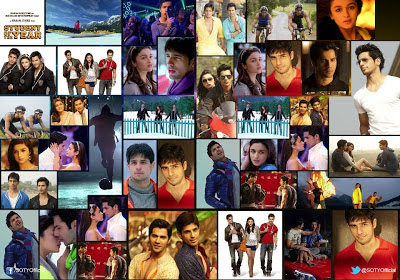 Abhi, Shanaya & Rohan were the best trio of St. Teresa. There was something about each one of them that the other liked. Rohan and Abhi even after starting off as opponents from rival groups grew into being best of friends. The groups that existed before Abhi’s entry into St. Teresa were dissolved after Rohan and Abhi’s friendship. Shanaya & Abhi’s friendship strengthened when he helped her get close to Rohan. Just like in any relation there comes a rough patch, Shanaya, Rohan & Abhi also went through it. Even after being split for a period of 10 years, they made the most of the opportunity they had. In no time they resolved the 10 year long dispute. They are certainly the kind of friends everybody wants to have.
Posted by Dharma Productions at 17:00