Student of the Year is on the roll!

Dharma Production’s one of the most awaited movie Student of the Year has been real busy with its shooting schedule. Recently according to Karan Johar’s tweet, “Am off for another outdoor of SOTY....am filming my favourite song in the album with farah!!! On flight with the newbies..will connect soon!”  Tells us about the latest shooting of SOTY song choreographed by none other than Farah Khan!
After the success of Agneepath which turned out to be the biggest blockbuster of the year, came Ek Main Aur Ekk Tu which was a hit. Hence, overall it was a great start for Dharma Productions. Also, unlike any other year for the first time Dharma is releasing more than one movie in a year. With two movies already down the road the next in line is Student of the Year.
Directed by Karan Johar, this is after 2 years when Karan has gone behind the cameras after directing the block buster My Name Is Khan, how can we forget the news about Dharma launching new faces in this movie which has never happened before, starring David Dhawan’s son Varun Dhawan, Siddharth Malhotra and Alia Bhatt. After all this surprises, Karan Johar has yet again hit us with another one, he recently official announced about the new entry in SOTY and he is Kayoze Irani, son of the super talented Boman Irani!
“Ok...that's kayoze irani!!! @kayoze..boman irani's super talented son who we are introducing in SOTY” (image given below). For those who think this is the first time Kayoze will be associate with Dharma Productions then you are wrong. Hardly anyone knows that Kayoze Irani was assisting Shakun Batra for Ek Main Aur Ekk Tu. This is first time, he will be testing his acting skills and however, being the son of Boman Irani we can already imagine how it would we, now can’t we? 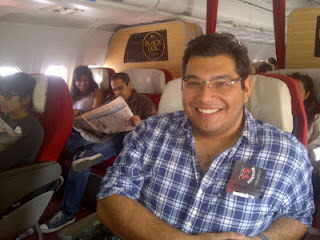 Posted by Dharma Productions at 20:27