A Tribute to Kishore Kumar 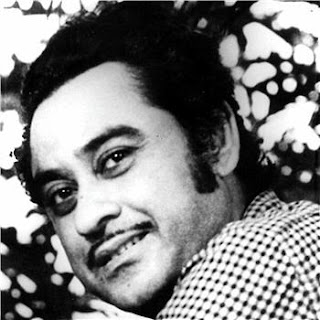 On 4th August, 1929, Abhas Kumar Ganguly was born in one of the many provinces in Madhya Pradesh. 82 years later, we celebrate this very day as the birthday of the legend, Kishore Kumar or that of Abhas Kumar Ganguly that was Kishore Da’s birth name.
Kishore Kumar has single-handedly composed one of the most beautiful musical journeys in Bollywood in a career that began just a year before India’s independence i.e. 1946 and lasted until his death in 1987. During these 41 years, Kishore Kumar has had an exceptional career in all aspects of film-making – as an actor, singer, director, musician and producer.
Even in the final leg of his career, Kishore Kumar formed a healthy relationship with Dharma Productions, lending his voice to classics such as ‘Dostana’ (1980), ‘Duniya’ (1984) and ‘Muqaddar ka faisla’ (1987). Muqaddar ka faisla was one of the final movies when people had the chance to tune into Kishore Kumar’s melodious voice. Songs from these movies, such as, ‘salamat rahe dostana humara (Dostana)’, ‘jo hum kaam karte hai’(Muqaddar ka faisla), ‘chhoti si ye duniya’ (Duniya) are ones that shall be remembered mainly for Kishore Da’s easy-on-the-ear and mischievous voice and Dharma Productions have been lucky to have had him on board in the final few years of his career.
And it’s not just Dharma Productions that have been lucky to have worked so closely with him but all the music and film lovers have been equally lucky to be associated with him in some or the other way. This is the day we need to come out and pay tribute to one of the biggest music legends of India – Kishore Kumar!! :)
Posted by Dharma Productions at 19:46